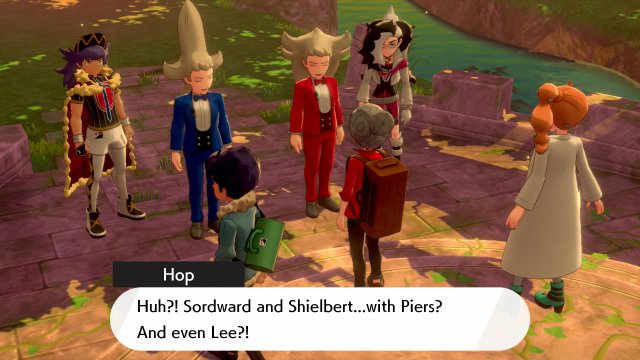 Walkthrough
After defeating Hop in battle for the final time, he'll inform both you and Sonia that he has decided to now pursue becoming a Pokemon Professor. Since she now has an opening for an Assistant back at her Lab, she offers the position to Hop, which he quickly accepts. After he does, Leon and Piers will arrive with both Sordward and Shielbert. The two have asked to come see you, hoping to apologize for their previous actions. They realize now that they were only thinking about themselves, and abut the innocent Pokemon they were hurting in the process. The two will then inform you that they have abdicated their claims of belonging to royalty, implying that the only royalty left found in The Galar Region is your trainer.

Comments for End of Game