Pokemon Sword and Shield Walkthrough and Guide by warrior13
Last Updated: Jul 13th, 2019
SWIT
Add Stuff / Ask Questions
Home Guides Pokemon Sword and Shield
Thank you for printing this page from www.SuperCheats.com.Remember to come back to check for updates to this guide and much more content for Pokemon Sword and Shield
Print this pageMore Guides
Next Page
Old Wild Pokemon Mechanics Return
Previous Page
Grookey Move Revealed
Within the April 2019 Coro-Coro Magazine, it was revealed that the Pokemon Company would be holding a contest for fans to actually name a brand New Pokemon Attack that will be seen in Pokemon Sword & Shield. For those that live in Japan, they could submit a form found in the April Coro-Coro Magaezine before May 10th with their personal name for said Pokemon Move. This attack could only contain eight character letters to it, and the winner of the contest (which the executives of the Pokemon Company will personally select) will receive a copy of both Pokemon Sword & Shield as a reward. 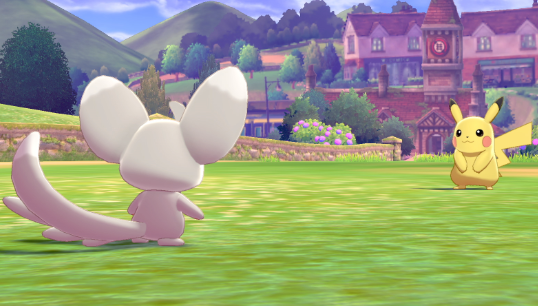 With this announcement, the details of the Unnamed Pokemon Attack were also revealed. This brand New Pokemon Move will be a Special Attack, and it will be a Steel Type Attack. Believe it or not, this move will do an incredible 140 Base Damage! Unfortunately, with such great power comes an immense cost: the user of said attack will lose 50% of their total Hit Points after using the move! Because of the great risk involved with this new Pokemon Attack, it will obviously make players think long and hard if it's a move worth having.

The winning name of this Attack was later revealed to be called Exhaustive Beam!
Next Page
Old Wild Pokemon Mechanics Return
Previous Page
Grookey Move Revealed
Top of
Guide
Guide Menu
Verdict:
Very Helpful OK Not Useful
Anything missing from this guide?
ASK A QUESTION for Pokemon Sword and Shield