Which Calyrex Form Is Best? 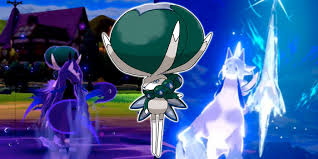 As players complete The Sacred Bonds Of Sovereign And Steed Story within the Crown Tundra DLC for Pokemon Sword & Shield, they will ultimately need to decide with Legendary Steed Pokemon Calyrex use to tame long ago. By planting the carrot seeds in the Old Cemetery Garden Patch, players will summon Spectrier. By planting them in the Snowslide Slope Garden Patch, players will summon Glactrier. By the end of this story, Calyrex will tame the Horse Pokemon you summoned and will change forms accordingly. While on Spectrier, Calyrex will be in its Ghost Rider Form. While on Glastrier, Clayrex will be in its Ice Rider Form. Most players will look to get the form that is better overall, which begs to question which form that happens to be.

So which Calyrex Form is best? Honestly, both are about the same in terms of both pros versus cons. Calyrex Ice Rider might be slow, but it packs a punch and can take plenty of hits. That said, Calyrex Ghost Rider has Speed to kill, but it can't that all that many punches due to it's frailness. Ultimately, it's up to the player to decide which they prefer, as both are incredibly Strong Pokemon.

Click Here To Learn If The Mythical Pokemon Victini Can Be Found In The Crown Tundra!
Next Page
How To Easily Defeat Peony?
Previous Page
How To Get Both Glastrier & Spectrier?
Top of
Guide
Guide Menu
Verdict:
Very Helpful OK Not Useful

What is the sequence for lighting the stones for Iceberg Ruins?
Anything missing from this guide?
ASK A QUESTION for Pokemon Sword and Shield

Comments for Which Calyrex Form Is Best?