How To Easily Catch Zacian? 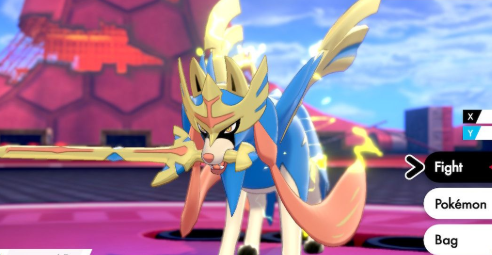 In Pokemon Sword, Zacian will be battled near the end of the Post Game. It will actually be the strongest Wild Pokemon found in the entire game, being at an astonishing Level 70. If that doesn't make it difficult enough to capture, it's ability will see it receive a boost to its Attack Stat immediately when the battle begins. It will even know the move Swords Dance that can further escalate its Attack Stat, making it a sweeper like no other!

But should you not want to use your Master Ball on it for some reason, you can always paralyze it in battle by using Thunder Wave, lower it's Hit Points as low as possible without causing it to faint, and then use loads of Ultra Balls until it's captured. This is the oldest and best known way to catch any Pokemon, and it still works to this very day. If you do choose to use this method, however, remember to always save your game before facing Zacian just in case you do accidentally cause it to faint in battle.
Next Page
How To Easily Catch Zamazenta?
Previous Page
How To Get Gigantamax Meowth?
Top of
Guide
Guide Menu
Verdict:
Very Helpful OK Not Useful

Comments for How To Easily Catch Zacian?