What Pokemon Have Updated Stats? 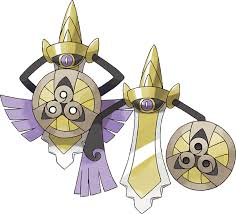 Much like how a number of previous Mainstream Pokemon Games have seen certain Pokemon receive stat updates, so the same can be said for Pokemon Sword & Shield. However, unlike previous versions, only one Pokemon actually experienced one with the move to The Galar Region. This Pokemon is none other than Aegislash, and, unfortunately, it received a stat decrease.

Aegislash was nerfed for a variety of reasons, but the main cause was because it has been considered extremely overpowered since it was first created. Whether in its Defensive Shield Form or Offensive Blade Form, Aegislash has been the thorn in many trainers' side since it first was introduced to the World of Pokemon back in the 6th Generation.

Comments for What Pokemon Have Updated Stats?