How To Break The Game?

Pokemon Sword and Shield Walkthrough and Guide by warrior13
Added: Oct 30th, 2020
SWIT
Add Stuff / Ask Questions
Home Guides Pokemon Sword and Shield
Thank you for printing this page from www.SuperCheats.com.Remember to come back to check for updates to this guide and much more content for Pokemon Sword and Shield
Print this pageMore Guides
Previous Page
Can You Find Victini In The Crown Tundra?
Soon after the Crown Tundra Update was released, it was quickly discovered that players could actually break the game by taking advantage of an oversight by the Pokemon Company. We aren't referring to a method that causes your game crash, but rather a way to easily defeat the game without much effort at all. In order to "break" the game, players must create a new saved game for Pokemon Sword & Shield with the Expansion Pass purchased. After completing the Main Story up to the point where you can actually use the Wedghurst Train Station for travel, players will be able to head to both the Isle of Armor and Crown Tundra. 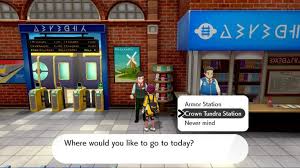 After arriving to the Crown Tundra, you will be forced into battle with Peony. Obviously, no player with low level Pokemon will be able to defeat Peony since his Pokemon will be at Level 70. However, this battle isn't must win. Instead, after losing to Peony, you will still be allowed to progress to the Max Lair and participate in Dynamax Adventures. Here, players will be able to capture Pokemon anywhere from Level 65 to Level 70 without having to use their own low level Pokemon, including the Legendary Boos Pokemon at the end of Dynamax Adventures. 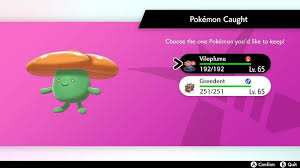 Not only does this method allow for players to spam Dynamax Adventures to obtain high level Pokemon, but also for Dynite Ore. This Dynite Ore can then be used to buy items, specifically EXP Candy, from the Dynite Shop within the Max Lair, which players can then use to level up their own low level Pokemon. Furthermore, these Pokemon, despite how high leveled they are, will listen to their trainers since they were captured and not traded for. In the blink of an eye, players can go from having a Pokemon or two with levels in the mid teens to a full party of Pokemon with Levels 60-70 before even the first Pokemon Gym! Talk about an easy way to cruise through a Mainstream Pokemon Game with literally no effort at all!

Comments for How To Break The Game?