What Is The Galarian Star Tournament? 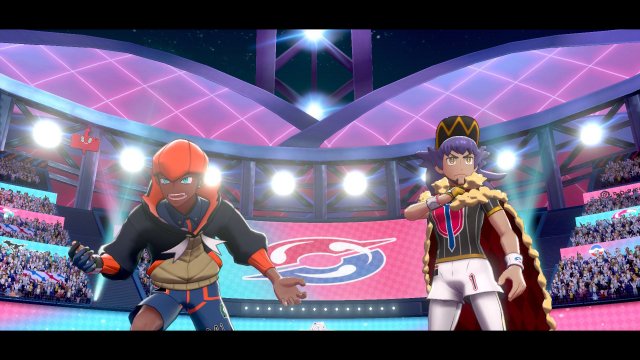 After defeating the Main Pokemon Sword & Shield Story, the Isle of Armor Story and the Crown Tundra, you will unlock the Galarian Star Tournament at the stadium in Wyndon. This special tournament acts a lot like the Champion's Cup where you play in a tournament style competition, except this time will see you Pair up with and battle the special trainers you've come across during your adventures in Multi-Battles. Also similar to the Champion's Cup, you will earn various rewards for defeating the Galarian Star Tournament, specifically a gift from Ball Guy and a certain amount of Money. Your first completion of the Galarian Star Tournament will even earn you the sum of One Million Poke Dollars!
Next Page
What Tournament Partners Can You Have?
Previous Page
How To Defeat Leon In Cup Rematch?
Top of
Guide
Guide Menu
Verdict:
Very Helpful OK Not Useful

What items Do I have to use in the cram O-Matic to get a black belt
What is the highest level a Pokemon will listen to you after each gym?
What is the code for infinite money?
Hey. I live in Brasil and I don't have switch online. I've already caught 350 pokemons for my pokedex. There are missing 50 that I can't catch cause..
What are the best ways to level up ?
What is the cheat code for infinite money in sword and shield
Anything missing from this guide?
ASK A QUESTION for Pokemon Sword and Shield

Comments for What Is The Galarian Star Tournament?

128An SOS to some old friends (former members, come chat)