How To Get All New Gigantamax Forms?

There are seven different Gigantamax Forms for players to collect on the Isle of Armor, including those belonging to Vensaur, Blastoise, Rillaboom, Cinderace, Inteleon, Single Strike Urhsifu and Rapid Strike Urshifu. After defeating the first of Mustard's three Trials, Honey will gift you with either a Squirtle or Bulbasaur that will have its Gigantamax Form when in battle after fully evolved. Whichever of these Kanto Starters you don't choose, you will have to get the other's Gigantamax Form by using Max Soup. 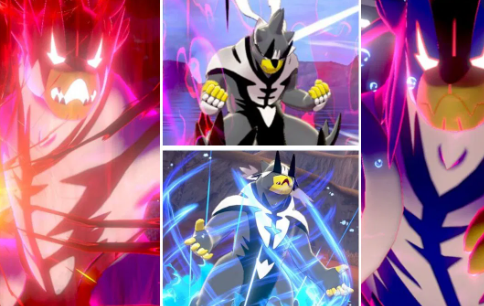 Speaking of Max Soup, you can obtain the other five New Gigantamax Forms by way of it as well. Rillaboom's, Cinderace's and Inteleon's Gigantamax Forms can be obtained by making regular Max Soup, which only requires three Max Mushrooms to be made. Both of Urshifu's Forms, however, require special Max Soup that must be made with three Max Mushrooms and Sitcky Honey (which will be obtained by the end of the Isle of Armor Story). Since you only obtain one Urshifu in the Isle of Armor, you will need to trade for its other Gigantamax Form or create a second profile on your Nintendo Switch and do the Isle of Armor Story once again on it (selecting Urshifu to evolve into its other form, transferring it to your main save profile by using Pokemon HOME).

Now that you know how to get all the new Gigantamax Forms, Click Here to learn about their new G-Max Move!

Comments for How To Get All New Gigantamax Forms?