How To Defeat Gym Leader Gordie? 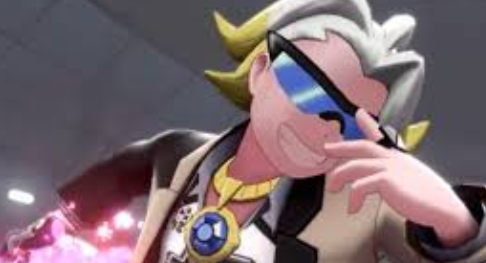 Since Gordie is the sixth Pokemon Gym Leader found in Pokemon Sword, defeating him will be no easy task. Like a number of the Gym Leaders before him, all of Gordie's Pokemon will be fully evolved. If that's not difficult enough, he will also bring four Pokemon into battle, and all of them will be bulky Rock Type Pokemon.

Thankfully, like all Gym Leaders, Gordie can be much more manageable to defeat should you make smart decisions before leading up to battling him. One thing you can do is choose Sobble as your Starter Pokemon way back when your journey first begins and fully evolve it by the time you reach Gordie. Outside of his Barbaracle, the rest of Gordie's Pokemon will be extremely weak to Water Type Attacks. And Inteleon, Sobble's Final Evolution, can learn plenty of incredibly strong Water Type Moves.

Even if you don't select Sobble to journey through The Galar Region with, there are still a few things one can do leading up to the Circhester Pokemon Gym to better deal with Gordie's Rock Types. One of these things is to capture Magikarp by fishing on the routes with water before challenging his Pokemon Gym. Magikarp evolves into Gyarados at Level 20, and Gyarados is one of the strongest Water Type Pokemon you can have. Again, almost all of Gordie's Pokemon are extremely weak to Water Type Attacks.

But should you not choose Sobble as your Starter Pokemon or have the desire to catch and evolve Magikarp into Gyarados, like all Pokemon Gyms you don't actually have to in order to defeat him. Gordie's four Pokemon will all be below Level 45, so one could, honestly, train all of their Pokemon to Level 45 or Level 50 and still defeat him. This is incredibly simple to do if you battle all the trainers throughout your journey and participate in plenty of Max Raid Battles back in the Wild Area (and stock up on EXP Candy when you do).

Comments for How To Defeat Gym Leader Gordie?