How To Evolve New Galarian Forms?

Pokemon Sword and Shield Walkthrough and Guide by warrior13
Added: Jun 20th, 2020
SWIT
Add Stuff / Ask Questions
Home Guides Pokemon Sword and Shield
Thank you for printing this page from www.SuperCheats.com.Remember to come back to check for updates to this guide and much more content for Pokemon Sword and Shield
Print this pageMore Guides
Next Page
What New Gigantamax Forms Are There?
Previous Page
What Pokemon Have New Galarian Forms?
On the Isle of Armor, only two Pokemon have brand New Galarian Forms. These two Pokemon are none other than Slowpoke and Slowbro. When you first purchase the Isle of Armor DLC Package, an event will occur at the Wedgehurst Train Station. In this event, you will actually be able to catch Galarian Slowpoke. Even if you don't, Galarian Slowpoke is rather common on the Isle of Armor. You may even run into a few Galarian Slowpoke roaming the coast after you arrive. 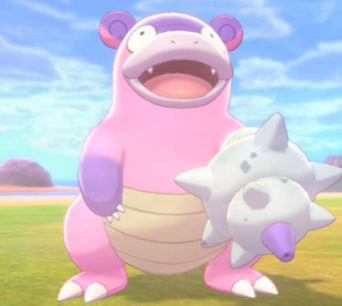 Comments for How To Evolve New Galarian Forms?