How To Get Zarude? 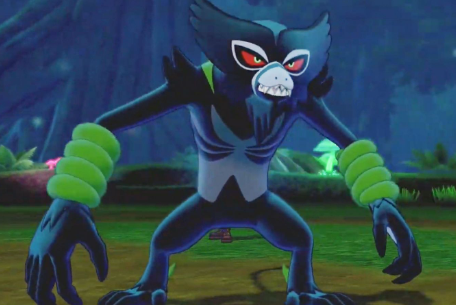 Out of the three Legendary Pokemon within the Isle of Armor Pokedex, two of them are none other than Kubfu and Urshifu. These two Pokemon make up only the second Legendary Pokemon Evolution Chain in the World of Pokemon, and they will be obtained naturally during the Isle of Armor Story. Players will obtain Kubfu simply by completing each and every one of Mustard's three Trials. Urshifu, on the other hand, will take more effort to obtain. After receiving their Kubfu, players will have to explore the Isle of Armor with it and visit specific places Mustard has marked on their Town Map. After doing so, players will need to level Kubfu up to at least Level 70. After doing both of these things, Mustard will allow you to take on one of the Tower of Fists with Kubfu, with it finally evolving into Urshifu after defeating one of the two towers.

Outside of Kubfu and Urshifu, the only other Legendary Pokemon players can obtain with the Isle of Armor Expansion Pass is Zarude. Zarude is known as the Rogue Monkey, being the star of the Pokemon Movie known as Pokemon The Movie Coco. It is a Grass/Dark Type Pokemon, and it has the ability of Leaf guard and the brand new ability of Jungle Healing. Unfortunately, Zarude is a Mythical Pokemon, which means it can only be about by a Wi-Fi Event.
Next Page
How To Get Glastrier?
Previous Page
How To Get Rapid Strike Urshifu?
Top of
Guide
Guide Menu
Verdict:
Very Helpful OK Not Useful

Comments for How To Get Zarude?