What Pokemon Have Updated Abilities? 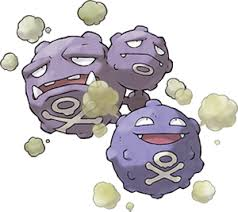 Much like how a number of previous Mainstream Pokemon Games have seen certain Pokemon receive ability updates, so the same can be said for Pokemon Sword & Shield. However, unlike previous versions, only two Pokemon actually received this with the move to The Galar Region. These Pokemon are none other than Koffing and Weezing, the same who both received two brand New Abilities on top of their Levitate Ability.

The first new ability Koffing and Weezing can have is Neutralizing Gas. This is a brand new ability to World of Pokemon as a whole, and it sees the effects of all Pokemon Abilities being nullified when either Koffing or Weezing enter battle with this ability. It's basically the same as the ability Mold Breaker, except this one is exclusive to the Koffing Evolution Chain.

The second new ability Koffing and Weezing can have, which just so happens to be their Hidden Ability, is that of Stench. This is an ability that has been in the World of Pokemon for quite some time, and it gives Pokemon with it a higher chance to cause an opposing Pokemon to flinch when damage is dealt.

Next Page
What Pokemon Have Updated Stats?
Previous Page
What Abilities Have Been Updated?
Top of
Guide
Guide Menu
Verdict:
Very Helpful OK Not Useful

Comments for What Pokemon Have Updated Abilities?