How To Change Zacian's Form?

Pokemon Sword and Shield Walkthrough and Guide by warrior13
Added: Nov 18th, 2019
SWIT
Add Stuff / Ask Questions
Home Guides Pokemon Sword and Shield
Thank you for printing this page from www.SuperCheats.com.Remember to come back to check for updates to this guide and much more content for Pokemon Sword and Shield
Print this pageMore Guides
Next Page
How To Get Zamazenta?
Previous Page
How To Get Zacian?
Just like the other Cover Legend, Zamazenta, Zacian also has an Alternate Form. During the Main Story of Pokemon Sword, players will Encounter Zacian on a few occasions, each time it will be in its Hero of Many Battles Form. In this form, Zacian will be a pure Fairy Type Pokemon, and its Base Stats will come to a grand total of 670. The advantage to Zacian being in this form is that it can be equipped with any item. 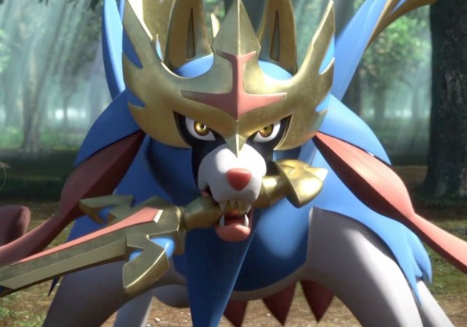 In order to change Zacian to its Crowned Sword Form, all you have to do is have it hold the Rusty Sword Item (which you will obtain during the Main Story by default). After changing forms, Zacian will become a dual Fairy / Steel Type Pokemon, and it will receive a 50 Point Boost to its Base Stats Total. If Zacian knows the move Iron Head, the Attack will actually become Behemoth Blade when in its Crowned Sword Form. Unfortunately, since it must hold the Rusty Sword in order to change into this form, Zacian can't hold another item in order to further boost its potential when in battle.

Comments for How To Change Zacian's Form?