Pokemon Sword and Shield Walkthrough and Guide by warrior13
Last Updated: Oct 27th, 2019
SWIT
Add Stuff / Ask Questions
Home Guides Pokemon Sword and Shield
Thank you for printing this page from www.SuperCheats.com.Remember to come back to check for updates to this guide and much more content for Pokemon Sword and Shield
Print this pageMore Guides
Next Page
Galar Legendary Trio Leaked
Previous Page
Cover Legends: Zacian/Zamazenta
Within an anonymous online post, a so-called insider revealed a number of aspects and Pokemon that will be found within Pokemon Sword & Shield. Most of what this person told has since been confirmed by the Pokemon Company through various Pre-Release Videos. However, there are a few things this individual shared that haven't yet been confirmed (even though most fans believe they eventually will be when the games hit the market). And one of those things just so happens to final piece to the Galar Legendary Trio.

According to the source, a Pokemon known as Eternatus will complete the Galar Legendary Trio with Zacian and Zamazenta. Not much is none about Eternatus, except for the fact that it is said to be truly evil. This makes a lot of sense, especially if it is up to Zacian and Zamazenta to protect The Galar Region with their armor and weapons against Eternatus. 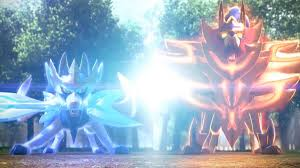