Pokemon Sword and Shield Walkthrough and Guide by warrior13
Last Updated: Aug 11th, 2019
SWIT
Add Stuff / Ask Questions
Home Guides Pokemon Sword and Shield
Thank you for printing this page from www.SuperCheats.com.Remember to come back to check for updates to this guide and much more content for Pokemon Sword and Shield
Print this pageMore Guides
Next Page
Farfetch'd To Receive Galar Evolution
Previous Page
Galarian Forms Revealed
It has been many years since an Older Pokemon received an additional evolution to its Evolution Chain. Sure, the Pokemon Company has given us Mega Evolutions and Alolan Forms (and now Galarian Forms) in the interim, but fans haven't seen an older Evolution Chain grow since basically the 4th Generation (not counting the addition of Sylveon). But now, coming in Pokemon Sword & Shield, it appears all of that will change! 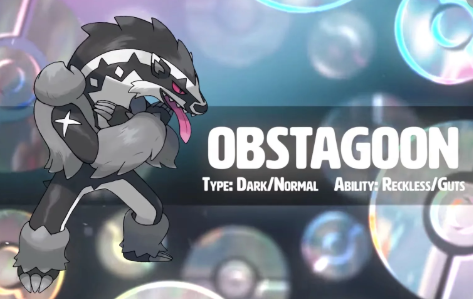 Apart of the Galarian Forms Reveal, it was also shown that the Zigzagoon/Linoone Evolution Chain will receive an additional evolution to it (but only in its Galarian Evolution Chain). This Pokemon will be called Obstagoon, and it will be a Dark/Normal Type Pokemon like Galarian Zigzagoon and Linoone. It will have the incredible Abilities of Reckless & Guts, and it will even know the newest move called Obstruct. This Attack causes damage to a foe, while having the secondary effect of also Taunting the Pokemon.