How To Get Single Strike Urshifu? 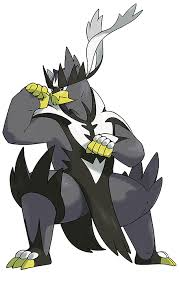 Players will obtain Kubfu as a Gift Pokemon after defeating all of Dojo Master Mustard's Trials. After they do, they will be tasked with growing in both friendship and strength with Kubfu. After visiting all the necessary locations on their Town Map with Kubfu, Mustard will allow a player to take on one of the two Tower of Fists with Kubfu in order for it to evolve. Should Kubfu, at this point, be at Level 30 (if you haven't completed the Pokemon Sword & Shield Story) or Level 70 (if you've already completed the Pokemon Sword & Shield Story), players can take on either the Tower of Darkness or Tower of Waters.

In order to have your Kubfu evolve into Single Strike Urshifu, players will need to take on and defeat the Tower of Darkness with their Kubfu. By defeating all the trainers within the Tower of Darkness, including Mustard and his Kubfu, players can have their Kubfu read the scroll at the top of tower in order to evolve into Urshifu within its Single Strike Form. This form sees Urshifu being a Fighting/Dark Type Pokemon, as well as learning its exclusive move of Wicked Blow.

Comments for How To Get Single Strike Urshifu?