What Battle Tower Trainers Are There? 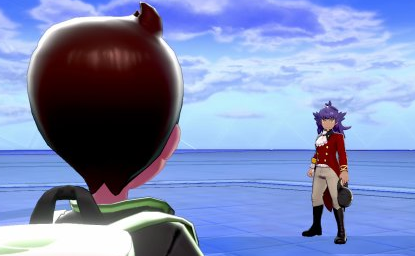 Like all Battle Facilities found previously in the World of Pokemon, The Galar Region Battle Tower has loads of different Trainers that you will come across in battle. In total, you will come across over 170 Different Trainers, and each can have a variety of different Pokemon Teams! Additionally, you will have to battle Leon, the former champion and brother of Hop, each and every time you are getting ready to ascend to the next Rank Tier. Leon will always have his Charizard with him each time you battle him - which he'll always Gigantamax - as well as the other possible choices of Rhyperior, Seismitoad, Haxorus, Aegislash, Rillaboom, Cinderace, Inteleon, Mr. Rime and Dragapult. Needless to say, Leon will be very difficult to defeat everytime you cross his path.

Next Page
What Battle Tower Items Are There?
Previous Page
What Is The Battle Tower?
Top of
Guide
Guide Menu
Verdict:
Very Helpful OK Not Useful

Comments for What Battle Tower Trainers Are There?