How To Get Gigantamax Urshifu? 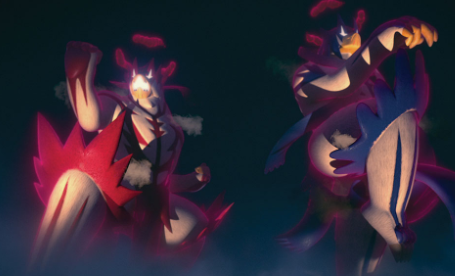 Players will obtain Kubfu as a Gift Pokemon after defeating all of Dojo Master Mustard's Trials. After they do, they will be tasked with growing in both friendship and strength with Kubfu. After visiting all the necessary locations on their Town Map with Kubfu, Mustard will allow a player to take on one of the two Tower of Fists with Kubfu in order for it to evolve. Should Kubfu, at this point, be at Level 30 (if you haven't completed the Pokemon Sword & Shield Story) or Level 70 (if you've already completed the Pokemon Sword & Shield Story), players can take on either the Tower of Darkness or Tower of Waters. By defeating whichever tower they would prefer, players will be able to evolve their Kubfu into Urshifu. Players will get Single Strike Urshifu by defeating the Tower of Darkness, while getting Rapid Strike Urshifu by defeating the Tower of Waters.

After evolving their Kubfu into Urshifu, Mustard will tell of Urshifu of being able to Gigantamax when in battle. Unfortunately, he won't explain how to make the perfect Max Soup in order to do so. Instead, players will need the help of Hop to find the Sticky Honey needed to be mixed with Max Mushrooms to make the perfect batch of Max Soup for Urshifu. Players will head to the Forest of Focus with Hop to find the exact type of Nectar needed, but after that leads to a dead end, players will go to Honeycalm Island to get Honey from Vespiquen. After defeating Dynamaxed Vespiquen, players will finally obtain the Sticky Honey needed!

With the Sticky Honey and Max Mushrooms, players can return to the Master Dojo and whip up the perfect batch of Max Soup in order for Urshifu to be able to Gigantamax when in battle. This will also come in handy as the final battle within the Isle of Armor Story sees Mustard having a Gigantamax Urshifu of his own!

Click Here to learn how to get both Urshifu Forms!
Next Page
Which Urshifu Form Is The Best?
Previous Page
How To Easily Get Urshifu?
Top of
Guide
Guide Menu
Verdict:
Very Helpful OK Not Useful

Comments for How To Get Gigantamax Urshifu?