Pokemon Sword and Shield Walkthrough and Guide by warrior13
Added: Jul 13th, 2019
SWIT
Add Stuff / Ask Questions
Home Guides Pokemon Sword and Shield
Thank you for printing this page from www.SuperCheats.com.Remember to come back to check for updates to this guide and much more content for Pokemon Sword and Shield
Print this pageMore Guides
Next Page
Kanto Gigantamax Forms Revealed
Previous Page
New Concept: Max Raid Battles
In addition to Dynamax Pokemon and Max Moves, it was revealed during the June 2019 Trailer that the concept of Gigantamax will also exist in Pokemon Sword & Shield. Gigantamax is very similar to the concept of Dynamax in that it causes a Pokemon to grow in both size and strength. However, only certain Pokemon will have the ability to Gigantamax. In order to Gigantamax, a Pokemon must be captured during a Max Raid Battle. Said Pokemon will then become Gigantamaxed instead of Dynamaxed when a trainer selects this during a battle. 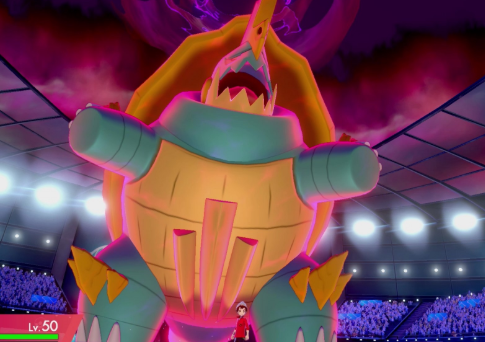