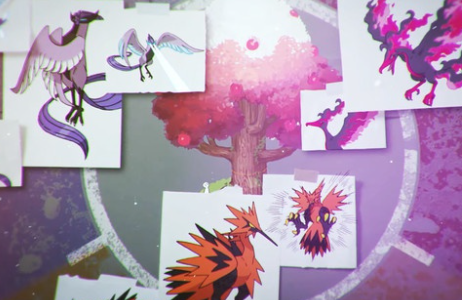 In additional to the three brand New Legendary Pokemon found in the Crown Tundra, players will also be able to find three more Legendary Pokemon in their brand New Galarian Forms. These Pokemon are none other than Articuno, Zapdos and Moltres, the Legendary Bird Trio. Galarian Articuno is a Psychic/Flying Type with the ability Competitive, and it will have the brand new move of Freezing Glare that will cause damage and could leave the target frozen. Galarian Zapdos is a Fighting/Flying Type with the ability Defiant, and it will also have the new move of Thunderous Kick that causes damage and lowers the target's Defense Stat. And finally, Galarian Moltres is a Dark/Flying Type with the ability Berserk, having the new move of Fiery Wrath that does damage and has the chance to make opposing Pokemon flinch.

Why do people trade their shiny legendaries? I have none and it angers me a lot since I'm shiny hunting Moltres?
Anything missing from this guide?
ASK A QUESTION for Pokemon Sword and Shield