What Is The Crown Tundra? 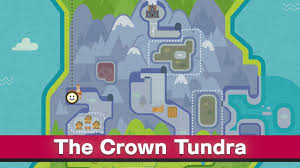 After completing all three of Peony's Adventures, players can continuing the fun by searching special Pokemon Dens for Legendary Pokemon on what are called Dynamax Adventures. There are even a few extra Legendary Pokemon to be found within the Crown Tundra that are not found via Dynamax Adventures. Furthermore, after completing the Isle of Armor and Crown Tundra Main Stories, players will earn the Galarian Star Tournament at Wyndon Stadium.

Comments for What Is The Crown Tundra?