How To Get Spiritomb?

Pokemon Sword and Shield Walkthrough and Guide by warrior13
Last Updated: Oct 31st, 2020
SWIT
Add Stuff / Ask Questions
Home Guides Pokemon Sword and Shield
Thank you for printing this page from www.SuperCheats.com.Remember to come back to check for updates to this guide and much more content for Pokemon Sword and Shield
Print this pageMore Guides
Next Page
How To Get Galarian Slowking?
Previous Page
How To Get Gym Leader Cameos?
Within the Crown Tundra Pokedex Update is the 4th Generation Pokemon known as Spiritomb; however, Spiritomb is not easily found in the wild as other Pokemon. Back when the 4th Generation was first released, players would have to talk with a number of players online when underground in those given games in order to eventually find Spiritomb. Believe it or not, a similar technique must also be used now in Pokemon Sword & Shield to find the ghostly Pokemon. 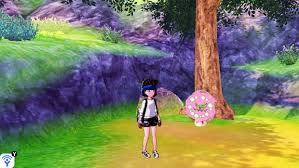 In order to find Spiritomb in the Crown Tundra, players must first interact with the tombstone under one of the normal trees found within Ballimere Lake. This specific gravestone will tell players to spread the voice. After interacting with the tombstone, players must head online and speak with 32 Different Player Avatars, the same amount they had to do four Generation of Pokemon ago in order to find Spiritomb. After talking with specific number (or more) of players online, you should be able to find Spiritomb in front of the gravestone you first interacted with. It will be a formidable foe at Level 72.
Next Page
How To Get Galarian Slowking?
Previous Page
How To Get Gym Leader Cameos?
Top of
Guide
Guide Menu
Verdict:
Very Helpful OK Not Useful

Comments for How To Get Spiritomb?