Pokemon Sword and Shield Walkthrough and Guide by warrior13
Added: Mar 28th, 2019
SWIT
Add Stuff / Ask Questions
Home Guides Pokemon Sword and Shield
Thank you for printing this page from www.SuperCheats.com.Remember to come back to check for updates to this guide and much more content for Pokemon Sword and Shield
Print this pageMore Guides
Next Page
Wild Areas Revealed
Previous Page
New Fan Named Attack
In the most recent Pokemon Games, Pokemon Let's Go Pikachu & Pokemon Let's Go Eevee, a brand new Wild Pokemon Mechanic System was introduced. Unlike all of the Mainstream Pokemon Games before them, these two games allowed Wild Pokemon to actually appear in the Overworld instead of being hidden under Wild Grasses & Waters. Players, more often than not, could then personally select which Wild Pokemon to go into battle with. Furthermore, Shiny Pokemon would also appear in their Alternate Forms in the overworld, allowing trainers to know this before a battle rather than by random chance. 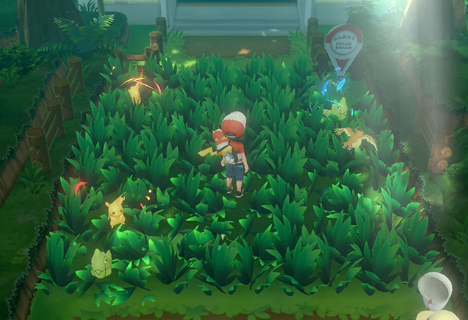 Pokemon Sword & Shield, however, will return to the ways of old where all Wild Pokemon will remain hidden under Wild Grasses and Waters. This was first hinted at by one of the creators of the Pokemon Franchise before Pokemon Let's Go Pikachu & Pokemon Let's Go Eevee were even released, and it was confirmed when Pokemon Sword & Shield were first shown in the March 2019 Nintendo Direct. For more experienced players, these Wild Pokemon Mechanics are of the norm. But for new trainers that first got into the series with Pokemon Let's Go Pikachu & Pokemon Let's Go Eevee, this system will not only be different, but it will turn out to be all the more difficult to use since you will never know which Pokemon will randomly appear in the Wild.
Next Page
Wild Areas Revealed
Previous Page
New Fan Named Attack
Top of
Guide
Guide Menu
Verdict:
Very Helpful OK Not Useful