Pokemon Sword and Shield Walkthrough and Guide by warrior13
Last Updated: Mar 28th, 2019
SWIT
Add Stuff / Ask Questions
Home Guides Pokemon Sword and Shield
Thank you for printing this page from www.SuperCheats.com.Remember to come back to check for updates to this guide and much more content for Pokemon Sword and Shield
Print this pageMore Guides
Next Page
Eeveelution Rumors
Previous Page
Galar Legendary Trio Leaked
Along with the Armored Evolution Rumors that first surfaced after the Pokemon Company trademarked the term 'Armored Mewtwo', there has also been speculation that the newest Mythical Pokemon, Meltan, will also play a key role within Pokemon Sword & Shield. If you didn't already know, Meltan and Melmetal (Meltan's Evolution) were the only New Pokemon that were introduced within Pokemon Let's Go Pikachu & Pokemon Let's Go Eevee. Meltan is special in the fact that it's the only Mythical Pokemon that has the ability to evolve, being the bridge between Pokemon Let's Go Pikachu & Pokemon Let's Go Eevee and Pokemon GO since you needed both games to ultimately capture Meltan and evolve it into Melmetal. 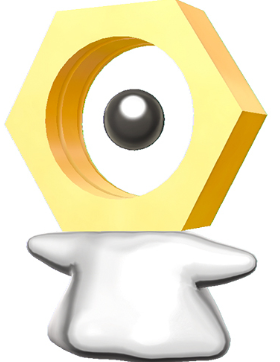