What Pokemon Have New Galarian Forms? 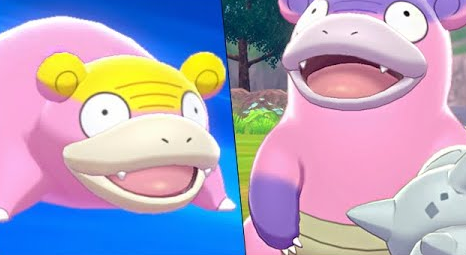 When it comes to Galarian Slowbro, however, is much different than Kantonian Slowbro. This is first seen by how it's a Poison/Psychic Type rather than a Water/Psychic Type. Galarian Slowbro also has the brand new ability of Quick Draw. This ability works a lot like the item Quick Claw, which sees slower Pokemon randomly being able to move first in battle rather than going last due to its poor Speed. Galarian Slowbro has a brand new move called Shell Side Arm, which will do either Physical or Special Damage depending on whichever will deal more damage (it can also poison opponents as well).

Now that you know about the new Galarian Forms, Click Here to learn about how to evolve them!

Comments for What Pokemon Have New Galarian Forms?