You Got a Death Wish

SHARE
Next Page
Drifters on the MountainPrevious Page
Bad Way to Go Out
Added: May 19th, 2019
· Video Walkthrough
This area is heavily Infested with several Nests you need to get rid of. Your best chance of Survival is to use stealth, distractions, and taking time to reduce the number of freakers as you move around. Clearing the nests are entirely Optional but doing it now will save you a lot of time instead of doing it later, as well as giving you safe access to the next encampment as part of the story. You can fully explore the area on your own pace so I’ll just be mentioning the notable spots in the area.

You’ll also find a new type of Freaker here, transformed kids called Newts. Unlike ordinary swarmers, they’ll keep to their business and will stay away from you, usually on the rooftops. However, watch out if you’re low HP or if you enter their territory since they’ll attack you without hesitation. 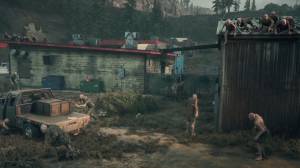 To start off, try to burn the first two Nests then deal with the patrolling freakers in the immediate area as well as the newts on the rooftop for additional EXP and ears. 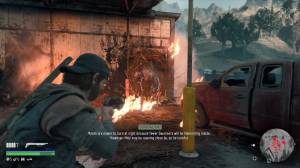 Next, you can move to the motel area where the two other Nests are located. There are some freakers patrolling the parking lot so make sure to clear them out first before getting rid of the nests. 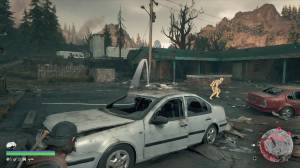 Once the Nests are taken care of, you can visit the motel lobby/ office to find a collectible (Frontier Motel Brochures) on the seat by the window. There’s also a locked safe behind the counter. To open it, you have to find the safe combination inside the drawer in the next room. Loot the Attractor from the safe and loot the building for more crafting materials. 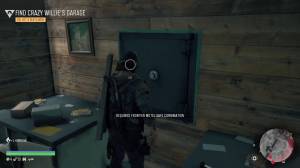 Continue past the motel to the gas station. The garage’s main door is locked so you have to circle around behind the building. There’s a portion of the fence where you can climb up. 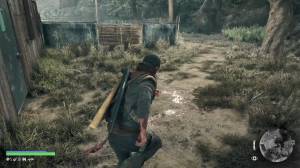 There’s a lone newt eating a corpse which will scurry back to the roof as soon as it spots you. Climb to the roof and take out the newts that will attack you. 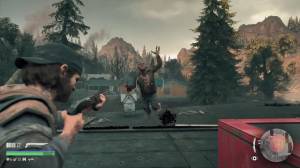 Drop down from the hole in the corner of the roof and deal with the other newts inside. Once done, loot the materials nearby then enter the office past the store counter. There’s a collectible on the table (Seeking Gorgeous Man) so grab it then loot the ammo from the cabinet. 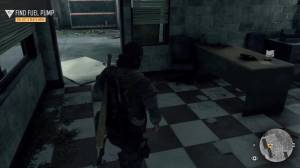 Proceed to the garage and look for a spare Motorcycle where you can get the part you need. Leave the garage once done. 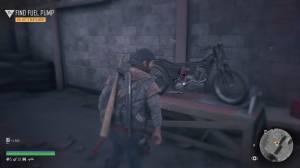 Follow the mission marker up the road to the west to find Boozer and a cutscene will trigger. You have to kill the three Rippers surrounding him. You can sneak-kill one of them then finish the other two enemies to trigger another cutscene, and to complete the mission. 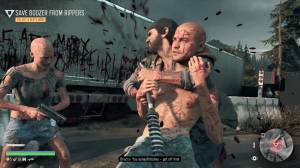 
Next Page
Drifters on the MountainPrevious Page
Bad Way to Go Out
Top of
Guide
Guide Menu
▼ CommentsVerdict:
Very Helpful OK Not Useful

How do I get the electric taser
How do I kill mutant at aicraft crash site
How to do god mode in days gone
Anything missing from this guide?
ASK A QUESTION for Days Gone

Comments for You Got a Death Wish