SHARE
Next Page
What is effect of weather and day-night cycle?Previous Page
Controls
The game’s “Storylines” system breaks down story missions to smaller sub-missions. You can have several storylines in progress at the same time. You can see the list of all running storylines and the percentage of your progress with each of them. 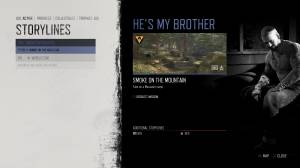 The missions for each Storyline are not unlocked in order. You could be done with one storyline’s mission then you’ll unlock a mission for a different storyline afterward. This makes the experience semi-linear since new storylines and missions are unlocked as you complete or make progress in the preceding missions. You still have the liberty of exploring Locations on your own but there will be areas that you won’t be able to go to unless you continue with the story. 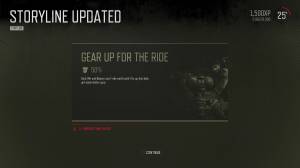 Storylines are not missable and you don’t have to talk to specific people to activate them. There are “story jobs”, missions given by encampment leaders but even if you don’t talk to them, they’ll just tell you about the mission over the Radio and the Storyline will be unlocked and added to your list. 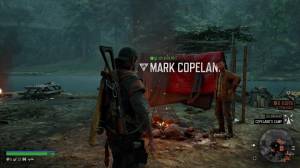 There are other activities like Infested zones, NERO checkpoints, NERO Research sites, and Ambush Camps which are also part of their respective storylines. You can clear these at your own pace. Some of these are tied up to main storylines so it’s possible to have progress on multiple storylines at the same time. 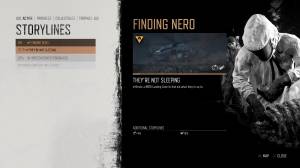 After reaching Copeland’s Camp and getting your Bike repaired, you can freely roam and select which missions you want to take. You can review the active storylines and your progress by accessing the Storylines menu. 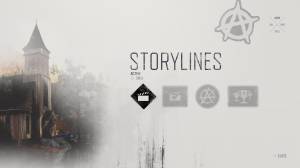 Next Page
What is effect of weather and day-night cycle?Previous Page
Controls
Top of
Guide
Guide Menu
▼ CommentsVerdict:
Very Helpful OK Not Useful
Anything missing from this guide?
ASK A QUESTION for Days Gone

Comments for What are Storylines?