I Need Your Help

Once you receive the Radio message from O’Brian, head to the marked location to start this mission. After the scene, just check out the immediate vicinity for some crafting items while waiting for O’brian’s message. After a few seconds, he’ll message you and a mission marker will appear in your Map. Get on your Bike and head to the NERO landing zone. 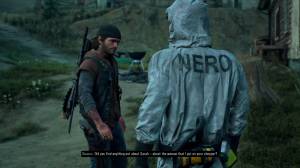 On your way there, O’Brian will tell you to follow an incoming NERO helicopter. The mission marker will also update so chase after the helicopter until O’Brian determines their landing zone. Ride to the marker and Deacon will automatically disembark from his Bike. 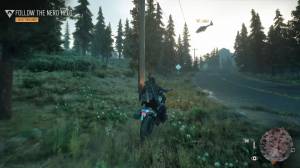 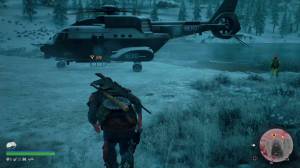 After planting the device, you have to sneak past the guards and head inside the house. Make your way to the other side of the house where the researcher is located. Just hide in the bush shown below to be close enough to eavesdrop on them. 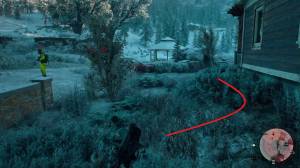 Once the “listen” gauge above gets filled, you have to carefully head back to your Bike without being seen. When you get to your bike, the mission will be complete. 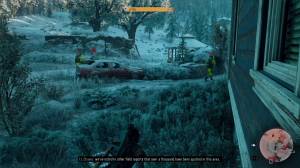 How do I get the electric taser
How do I kill mutant at aicraft crash site
Anything missing from this guide?
ASK A QUESTION for Days Gone

Comments for I Need Your Help