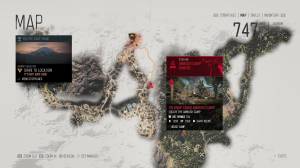 · Video Walkthrough
This Camp is strategically situated on top of a separated clifftop, with a sniper overlooking both dirt roads leading to its entrance. When approaching it, ride your Bike until the sniper doesn’t have a clear shot at you anymore. 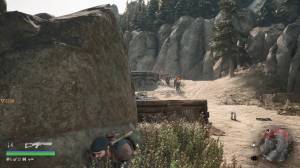 Both paths have bear traps and guards outside. You should also note that there's a small Cave right below the Ambush Camp so making Noise will attract several freakers from below, which you can use to your advantage. 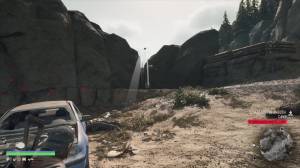 After taking out the perimeter guards, you’ll have to blow up the gate (with orange ropes) using any type of explosives. Stand back, throw the grenade then run to the southern path so you won’t get caught by the freakers that will get attracted by the Noise. Hide and watch the freakers and the Camp occupants battle it out. Once their numbers have been reduced, you can now proceed in picking off the remaining enemies. 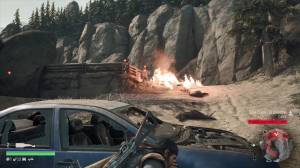 Once the Camp is clear, you need to find the entrance to the Bunker. The circular hatch is found outside the main camp, near the edge of the cliff beside the wooden walkway. 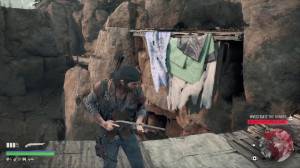 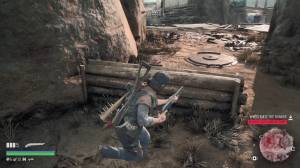 How to clear the Belknap Caves Ambush Camp