Not Gonna Kill Anyone

SHARE
Next Page
No Place Else to GoPrevious Page
No One Saw It Coming
· Video Walkthrough
Leaving Boozer behind, you have to sneak inside the Lost Lake Camp infirmary to get some medicine for him. It’s possible to sneak without shooting or strangling anyone, and I haven’t tried it myself so this is a pretty “safe” run.

As soon as the mission starts, follow the two campers along the road while maintaining cover. Let the two pass then throw a rock on the right side so you can use the grass on the left side to sneak past the first lookout. 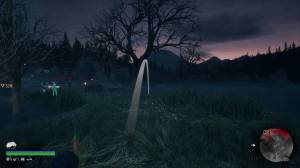 Next, stay behind the rock and wait for the lookout the return. He/she will have his/her back at you so you can circle around the rocks as shown below. 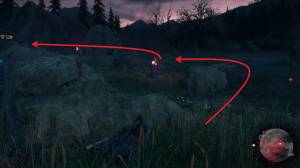 Hug the rock wall until you reach a bush in front of a ledge where you can climb. Climb the ledge and hide in the bush. Wait for the guard to walk away then follow him carefully. 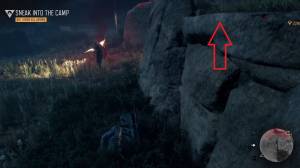 The guard will sit down with another guard so sneak behind them. You can throw a rock in front of the guard to the left so he leaves and checks it out. Sneak past them to the bushes in front of the cabin as shown below. 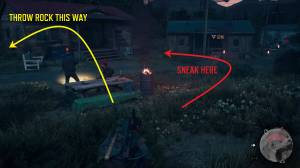 Once you reach that spot, Iron Mike and Skizzo will walk by. Let them pass then carefully walk up to the left of the walkway and hide behind the rock there. 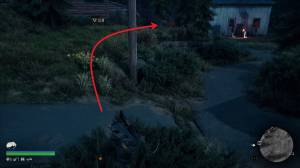 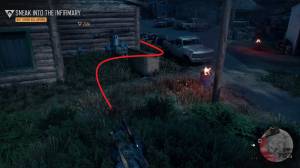 Stay in the bushes and hug the infirmary wall until you reach the main door. Break the lock open to enter. Approach the antibiotics near the window to trigger a cutscene. After the cutscene, the mission will be complete. 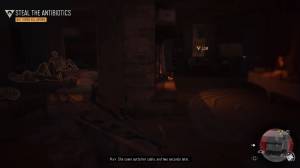 Sneaking in to steal some medicine

Next Page
No Place Else to GoPrevious Page
No One Saw It Coming
Top of
Guide
Guide Menu
▼ CommentsVerdict:
Very Helpful OK Not Useful
Anything missing from this guide?
ASK A QUESTION for Days Gone

Comments for Not Gonna Kill Anyone

1793What Game Are You Currently Playing?