How does melee combat work?

SHARE
Next Page
How to perform stealth kills?Previous Page
Where to farm crafting materials?
Last Updated: May 15th, 2019
You’ll get introduced to Melee Combat immediately early in the game. You get pinned or held by an enemy, rapidly press the button displayed to break free. 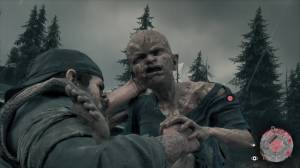 Your default melee Weapon is your knife. This weapon doesn’t break but will only be able to deal weak damage. You can find melee Weapons such as wooden bats, bars, stool legs etc. These weapons deal more damage but their durability degrades for each use, until they break. Later on, you can get a skill that will allow you to Repair melee weapons using scrap. 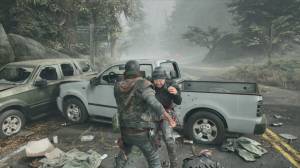 You’ll also be able to craft new melee Weapons but you’ll have to find a recipe for it first. You can get new recipes by completing storylines and clearing Ambush Camps. The first melee Weapon recipe you’ll get is for the spiked bat, which you get from a Bunker of an Ambush Camp, that’s part of Copeland’s Story Job. 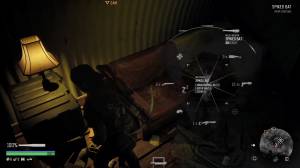 Melee Combat in the game is essential, especially with the limited amount of ammo you can carry and the freakers’ resilience to gunshots. Melee allows you to save ammo and deal with single targets more quickly efficiently. While Deacon can take on multiple enemies at once, it’s still recommended to know when to run and distance yourself from several enemies. That way you can turn around and pick them off or damage the, as they chase after you so you can finish them off with melee attacks. 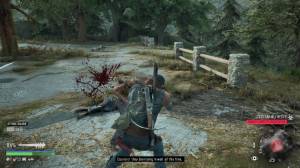 You can dodge incoming attacks by pressing R1. This will allow Deacon to roll. This is quite important since some enemies may evade and counterattack. Press R1 once they evade so you won’t get hit by their counterattack.

There’s no lock-on Mechanic in the game so when you’re facing multiple enemies, you have to tilt the stick towards the target then press R2 to hit them. Try not to get surrounded and just deal with two enemies in Melee Combat at a time. 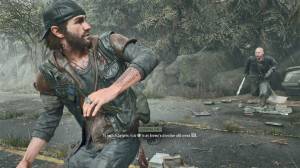 Once you learned additional skills, you’ll also get an opportunity to perform a finisher. Just press the triangle button to execute the move once you see it, as shown below. 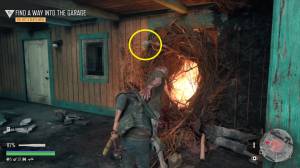 Comments for How does melee combat work?