Do You Have My Back?

After getting the Map, armed Marauders will arrive in the courthouse. Take them out, loot the bodies, then exit the building. The marauders will be engaging with several hordes as well, keeping them busy. Iron Mike is also going back to your bikes so leave the pre-occupied marauders be as they take the swarmers’ attention. 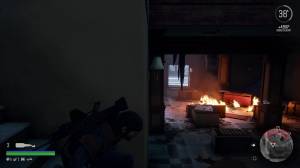 Stay close to Iron Mike since it will be game over if you’re too far away from him. He also won’t move until all enemies along his path are cleared. Fight your way through waves of both freakers and hostile humans. Don’t forget to pick up crafting materials and loot the bodies along the way. 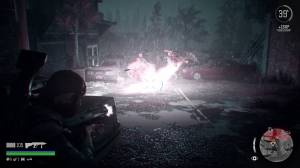 Continue fighting off enemies until you reach the road leading back to your bikes. Mike will be pinned down by a sniper on the gas station’s rooftop and several enemies so clear them using any method you want. 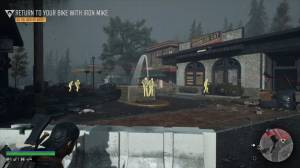 If you already cleared the area and Mike isn’t still moving, check the nearby buildings for a bugged enemy that you have to finish off like the one below. Once done, follow Mike to the bikes and ride the hell out of this place. As soon as you arrive in the Camp, there will be cutscene and the mission will be complete. 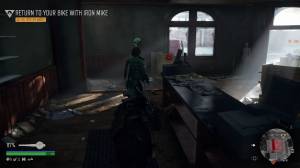 Fight your way to safety.

Next Page
I Could Use a HandPrevious Page
You See What They Did
Top of
Guide
Guide Menu
▼ CommentsVerdict:
Very Helpful OK Not Useful
Anything missing from this guide?
ASK A QUESTION for Days Gone

Comments for Do You Have My Back?