How to Defeat Breakers?

Breakers are tough and can close the gap dangerously quick, while also having little trouble knocking you off your feet and dealing heavy damage to you. Your first encounter to one will be during the Story Mission Playing All Night but that’s in a location where you have a lot of traps, explosives, and ammo lying around. When dealing with them in the wild, you should remember the following Tips. 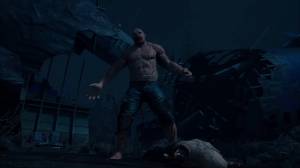 Check your surrounding and make sure that you’ll have to fight this beast one-on-one. They’re usually alone but if they emerge from Nest, they’ll be accompanied by swarmers and bleachers. Deal with the softer ones first before focusing on it. Breakers will also attack nearby swarmers so you can hide or even use Attractors to lure the other swarmers to the breaker and let it do the Job for you. 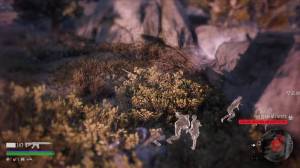 Avoid direct confrontations with breakers unless you’re loaded and ready to rumble. Hide and lob explosives at them to soften them up. They also have a keen sight, capable of spotting you from a farther distance. As long as they don’t have line of sight on you, you can annoy them by repositioning. 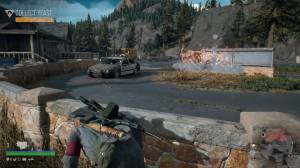 Instantly kill Breakers
Purchase the Tier V skill called Executioner from the melee skill tree to gain the ability to perform an stealth attack on an unsuspecting breaker. This will allow Deacon to instantly kill a breaker without wasting bullets and resources.

These roided-out freaks will always attempt to knock you down with a quick charge or tackle. Roll at the right time to avoid getting knocked down and damaged. This move can be easily telemetried so look out for obvious body gestures.

You can buy yourself time to heal, reload, or land free shots by moving around obstacles like cars, barricades, and fences. Breakers will always attempt to climb over these obstacles, slowing them down.

The Molotov is the best weapon against this freak since burning it distracts it and will give you an open window for attacks. 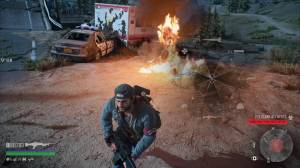 As always, the heavier Weapon you have, the better. Heavy machine Guns and explosives can help shredding through this freak tank’s HP.

How do you kill the hords
How do I get the electric taser
How do I kill mutant at aicraft crash site
Anything missing from this guide?
ASK A QUESTION for Days Gone

Comments for How to Defeat Breakers?