Hear About a Ripper Camp?

SHARE
Next Page
He Never Came BackPrevious Page
It’s A Long Story
· Video Walkthrough
This Job will be given by Copeland after completing the Story Mission I’ve Brought You Something. Fast-Travel to the Cascade Radio Tower Ambush Camp; the small ripper Camp should be a few meters away from there. The camp has 8 Rippers occupying it; if you get discovered or you made some Noise, you’ll have to deal with their reinforcements as well. 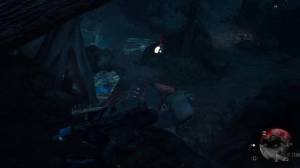 There are four Rippers worshipping a tied-up Freaker in the middle so you can ignore them for now and stealth-kill the other rippers or throw a grenade/ molotov in the middle of the pack to kill several of them at once. 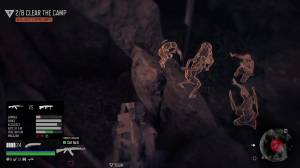 The outer perimeter by the house ruins have unnoticeable early-warning traps. If ever you trigger them, you’ll have no choice but to take cover and engage the Rippers in a firefight. There’s lots of cover here and they’ll be stupid enough to leave cover and charge at you. Either way, you can eliminate them silently or just do it the normal way and blast your way through their reinforcements for additional exp. 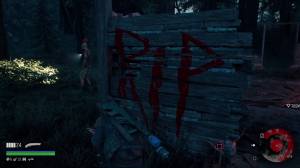 Clearing out the freaker-loving psychos

How do I get the electric taser
How do I kill mutant at aicraft crash site
How to do god mode in days gone
Anything missing from this guide?
ASK A QUESTION for Days Gone

Comments for Hear About a Ripper Camp?

9This Has Never Happened Before...

4Best Games of the Decade