Drive to the marked location to start the mission. Carefully drive along the trail until you reach a ripper Checkpoint. Take cover and take time to clear it since you have to push a truck out of the way to clear the path. There’s a heavy machine gunner among this group so take cover and take him out. 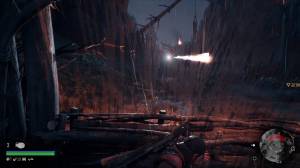 Once the Checkpoint’s clear, head to the end of the checkpoint and push the truck out of the way. Return to your Bike and ride past the checkpoint. 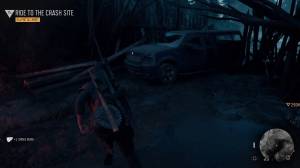 Don’t speed up since there’s a sniper tower along the road ahead. You can’t ride past them since they’re quite accurate shooters even while you’re moving. What’s worse is that if you get shot while riding your Bike, your bike will be heavily damaged in the process. Get off your bike before they detect you then carefully work your way in getting a clear shot of the snipers. 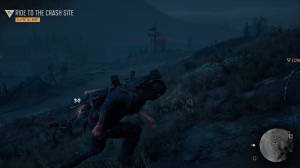 After taking out the snipers, return to your Bike and ride to the Crash site. Find a trail leading to the main Wreckage. As you get near, a cutscene will play. 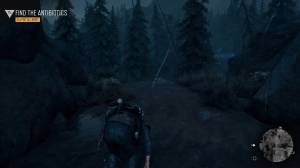 This will be your first encounter with a Breaker. You have to Defeat it in order to proceed with the mission. Fortunately, this location has a lot of explosives, crafting materials, ammo, and such. The breaker will be hanging around inside the plane’s fuselage so you can place bear traps outside it. 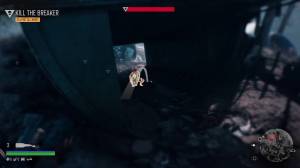 It’s possible to drain its HP without alerting it. If you have the Ears to Ground skill at this point, you can keep track of the Breaker’s movements using your Survival Vision. That way, you can throw molotovs and grenades at it while it’s looking away or feeding. Just keep this up and you’ll eventually soften it enough so you can finish it with your Guns. Once done, pick up the antibiotics and load them to your Bike. Ride all the way back to your starting point to complete the mission. 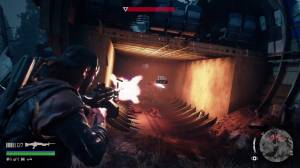 First encounter of the Bruiser kind

Next Page
With Other Men’s BloodPrevious Page
Now You See It
Top of
Guide
Guide Menu
▼ CommentsVerdict:
Very Helpful OK Not Useful
Anything missing from this guide?
ASK A QUESTION for Days Gone

Comments for Playing All Night