This Camp is occupied by 15 Marauders. It’s better to approach this camp from the western side since there’s a sniper on the eastern side and not much room to sneak in and avoid concentration from the enemies. 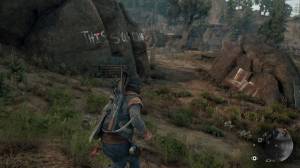 Use stealth as much as you can but when it comes to a firefight, make sure to take cover and keep an eye to your Radar to avoid getting flanked. Be wary of one marauder wearing a helmet and body armor. He’ll be resistant against molotovs and small gun fire. Don’t hesitate to use grenades or pipe bombs on him and unload your big caliber Weapon on him if you have any. 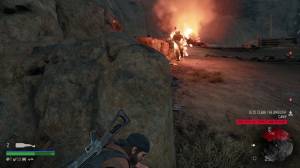 Make your way to the cabin up the hill where you can find more enemies. Just avoid getting the attention of the sniper by keeping the fight out of his line of sight. This sniper won’t leave his spot anyway. 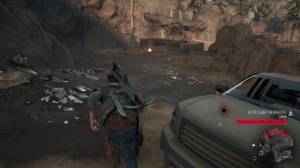 Once you’ve killed all Marauders in the area, you have to find the Bunker hatch next. It’s located a bit to the northwest of the Camp’s icon on the Map, behind a large rock and near some tree trunks.

How to Clear the Bear Creek Ambush Camp