SHARE
Next Page
How to increase your stats?Previous Page
How to Craft Items
Last Updated: Jun 18th, 2019
Loud sounds can alert both human enemies and freakers. You can minimize the sound you make by crouching and moving slowly. This is important when trying to sneak past enemies, flank them, or kill them stealthily. Take note that when dealing with multiple enemies, if one of them detects you, expect the ones around it to react and attempt to gang up on you. You can see how much noise you’re making by looking at the speaker icon in the left side of your Radar. 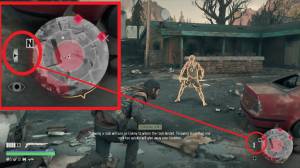 Be careful of cars with active alarms. You’ll see them since they’ll have this red blinking light on their dashboards. As soon as you open the hood, the alarm will blare out and attract all nearby freakers. This can be disabled by opening their hoods and collecting the scraps inside. Otherwise, you can just leave and let it fade and turn off automatically. 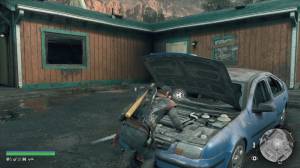 You can equip suppressors to minimize the sound of your gun shots. However, their quality degrade over time and you’ll have to replace them eventually. You can find suppressors made from scavenged air filters from cars or buy them from Merchants inside camps. Take note that suppressors are not meant to mask the gun shots completely; enemies will still react if they’re close to the source of the sound. The same applies when using supposedly silent ranged Weapons like crossbows.

You should also watch out for speakers in NERO checkpoints. Use your Survival Vision to find these and destroy them. So when you turn on the power, the speakers won’t blare out and attract freakers. Speakers are usually found on the roof but there are rare ones placed on top of light poles. 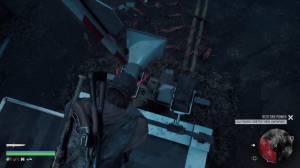 Your Bike also generates unwanted noise that will attract random freakers. That’s why it’s a bad idea to just let the bike idling when exploring. You can purchase the upgraded exhaust part of your bike to considerably minimize the sound it’s producing. 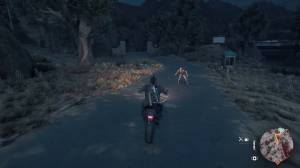 Next Page
How to increase your stats?Previous Page
How to Craft Items
Top of
Guide
Guide Menu
▼ CommentsVerdict:
Very Helpful OK Not Useful

Comments for How Noise Affects Gameplay