The Last of Us 2 Walkthrough and Guide by Paul (vhayste)
Last Updated: Aug 2nd, 2020
PS4
Add Stuff / Ask Questions
Home Guides The Last of Us 2
Thank you for printing this page from www.SuperCheats.com.Remember to come back to check for updates to this guide and much more content for The Last of Us 2
Print this pageMore Guides
Next Page
Workbench Locations (Ellie)
Previous Page
Coin Locations
Jump To:
· Pump Shotgun
· Long Gun Holster and Stun Bomb
· Trap Mine
· Short Gun Holster
· Bow
· Hunting Pistol
· Double Barrel Shotgun
· Long Gun Holster (Abby)
· Short Gun Holster (Abby)
· Crossbow
· Flamethrower
You’ll start off with your trusty rifle and pistol but while exploring the post-apocalyptic world of The Last of Us 2, your chances of survival increases as you find new weapons and add them to your arsenal. With the scarcity of ammo, access to several weapons will give you versatility to deal with almost any situation, especially when you’re forced to fight a huge wave of enemies. Thankfully, there are several weapons you can find in certain locations.

Melee weapons can also be found in various locations but unlike guns, melee weapons are only temporary since they have durability and will be destroyed once its durability reaches 0. You can use the Crafting menu to fix a melee weapon back to its full durability. It’s also a bummer that you can only carry one melee weapon at a time. In this page, we will cover where you can pick up various guns in the game. Take note that if you miss the guns we list here, there’s a possibility that you’ll encounter them again later in the game. Collecting all guns in the game is necessary to unlock the High Caliber Trophy.

In this list, we will also include the gun holsters and throwables/traps. Holsters will allow you to carry additional long guns and short guns, making it easier to swap between the equipped weapons. Throwables or Traps are explosives that you can craft as long as you find the very first "prototype".

New to the game? Don’t forget to check out our Beginner’s Guide for a quickstart! You can also check out our other dedicated pages for the other collectibles in the game.

This is found inside the bank vault in Westlake Bank. Use the code 60-23-06 to open the vault and you'll find this weapon right in front of you, held by a skeleton.

These two useful items are located in the Barko's Pet Shop but you'll have to get the key first from the bathroom in Ruston Coffee (corner of 5th ave and Spring St).


After getting the key, find the pet shop in the corner of 6th and Marion, a few steps away from the destroyed overpasses. After finding the pet shop, check the alley around the building to find a door. There are no enemies inside so just enter and grab the valuable loot inside.


Head to the shop’s counter by the entrance. Pick up the Long Gun Holster and equip it, which will allow you to quickly swap between two long-arm weapons like your rifle and shotgun.


While still inside the pet shop, head back inside then check the tables near the whiteboard. Here, you’ll find a Stun Bomb. Its recipe will be unlocked in your Crafting menu as well.

In Capitol Hill, continue until you finally reach the Capitol Inn. From the inn’s parking lot, find a dumpster to the right that you can move and place it under the balcony of a nearby apartment. Climb up the dumpster then reach the balcony to enter the apartment unit. 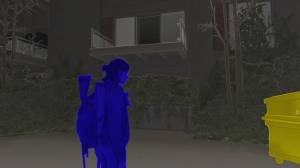 Check the bathroom for supplements, the closet for parts, then enter the bedroom to the left to find more materials and a Trap Mine. Pick it up to permanently unlock the Trap Mine recipe in your crafting menu. 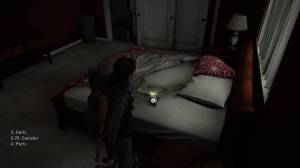 In the mission Hillcrest, after exiting the bike shop with the workbench, exit to the back door of the building called Shear Lux and you’ll find a dumpster blocking the door of the auto-repair shop. There are several infected inside that will start rushing out as soon as you open the door. A good tactic is leaving a trap mine near the door then run back as soon as you open the door or just use molotovs to kill them all. 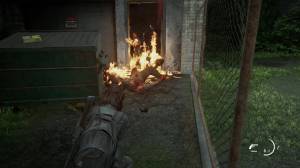 Head inside the garage and open the small office to get some supplements, parts, and other supplies. Next, open the safe using the code 30-82-65 and loot the various ammo, supplies, and Short Gun Holster inside. 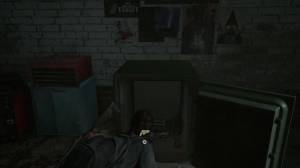 In the mission Hillcrest, after reaching Boris' house (which you'll enter by climbing the wooden fence in the backyard) collect the two artifacts in the living room and kitchen then slip through the hole in the door by the kitchen. You’ll be tackled by the infected Boris. Kill him and examine the body to get the Bow weapon. The arrows recipe will be unlocked as well.

In the chapter Seattle Day 1 (Abby), in the mission On Foot, after leaving the boat workshop, you'll find a mobile office outside. The cache note can be found inside. To find the safe, circle around the side of the building near the fence to find a crack on the wall large enough to allow you to slip into. Pick up the supplements, medkit, and crafting materials inside. Use the code 17-38-07 to open the safe and pick up the Hunting Pistol weapon as well as other supplies.

In the chapter Seattle Day 1 (Abby), in the mission Hostile Territory, continue through the mission until you reach an alley full of shops, including a bakery, traditional medicine, bar, and antique shop. Enter the Ruby Dragon bar beside the medicine shop and loot the crafting materials and parts behind the counter. Once done, open the backdoor and head to the second floor. There is a couple of clickers inside so crawl under the table blocking the door then kill the clickers from there. 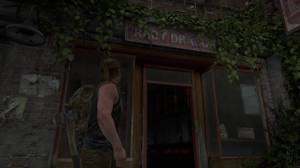 After clearing the room, loot the other crafting materials then jump across to the adjacent shop to reach the balcony. Head to the next room and drop down to the hole. Go behind the counter to find this weapon hidden there as shown below. 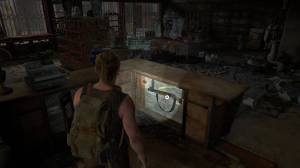 In the chapter Seattle Day, in the mission Hostile Territory, continue through the mission until you reach the massive gate called Martyr's Gate. Enter the building to the right to find this holster on the desk to the right, as shown below. 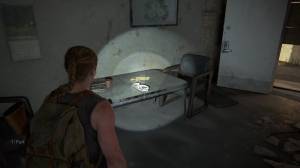 At the start of the mission The Coast (Seattle Day 1), you'll have to pass through a small storage building with a workbench inside. Enter the office there to find the Short Gun Holster and supplements on the desk.

After reaching the beached ferry in the mission, The Coast (Seattle Day 1), open the door to the second deck to automatically receive this weapon.

During the mission The Descent (Seattle Day 2), continue until you're in the part that you'll need to navigate the main hotel with several broken floors. After encountering the first clicker in this section, circle around the corner but don’t go down yet! Instead, squeeze through the bathroom door to the right.


Cross the metal beam and crawl through a small hole. Pick up the Flamethrower from the FEDRA body on the left.


=== Silenced Submachine Gun=== This is the last weapon you'll find in the game and can be obtained automatically in the chapter Santa Barbara, at the end of the mission Pushing Inland.

How do you save and reload a season
Anything missing from this guide?
ASK A QUESTION for The Last of Us 2

128An SOS to some old friends (former members, come chat)