How to Unlock Cadence Guide for Cadence Hyrule 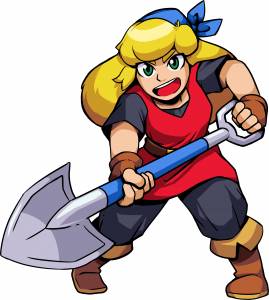 • The Lost Woods
The cave at the start of the game.

• Lake Hylia
The cave where she gives you the Lute.

• Death Mountain
The cave near the Temple of Storms.

• Gerudo Desert
The entrace to this cave is covered in dirt and there is a red banner above it.

Each time you find Cadence speak to her and after the fourth time she will join you since she doesn't know how to get home. She can use a shield like Link and has a shovel attack that can stun nearby enemies. Cadence can also make use of any of the upgrades that you can pick up for the shield along the way, making it really easy to transition into playing as her instead of Link or Zelda.

Check out our How to Get Deku Seeds Guide to unlock Yves the Deku Scrub.

In the Lost Woods Puzzle how do you make the stone ball roll through the musical notes?
How do you get the Tingle Dowser?
Anything missing from this guide?
ASK A QUESTION for Cadence of Hyrule

Comments for How to Unlock Cadence Guide