Remnant: From the Ashes

Remnant: From the Ashes walkthrough and guide

Alternative Boss Kill Guide for Remnant: From The Ashes 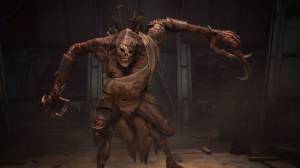 Alternative Boss Kills Guide for Remnant: From the Ashes
Bosses can be defeated by dealing damage until they die. However, if you kill many of these bosses in a certain way they will drop unique items that cannot be otherwise obtained. These items can then be used to either craft a weapon or a mod. Check out our Alternative Boss Kill Guide to find how to perform the alternate kill to get these hidden item drops.

Ent:
Destroy Ent's legs before it dies. Focus on the legs, not feet. Any damage works.

Singe:
Destroy Singe's tail before it dies. Any damage works.

Brabus:
Kill your friend when prompted to get a trait.

Brabus:
Trade a Pocket Watch before the fight.

Maul (The Pack):
Shoot the NPC caster in the head, grab the module.

Claviger:
Defeat the boss before it absorbs any of the other enemies.

Harrow:
Stagger him by shooting his legs. When you do this 3-4 times he will crouch on the ground. When its crouched, run to its back and interact to get the spear.

Undying King:
Refuse to give the king the heart or give it to the queen.

Ixillus:
Defeat both bosses at the same time, before one enrages solo

The Ravager:
Make the boss fall asleep by playing the lullaby.

Check out our Crafting Guide to find out everythng you need to know about crafting in Remnant: From the Ashes.


Next Page
How to Solve the Void Armour Set PuzzlePrevious Page
Finding Key Items Guide
Top of
Guide
Guide Menu
▼ CommentsVerdict:
Very Helpful OK Not Useful
Anything missing from this guide?
ASK A QUESTION for Remnant: From the Ashes