Cheats, Tips and Questions for The DioField Chronicle 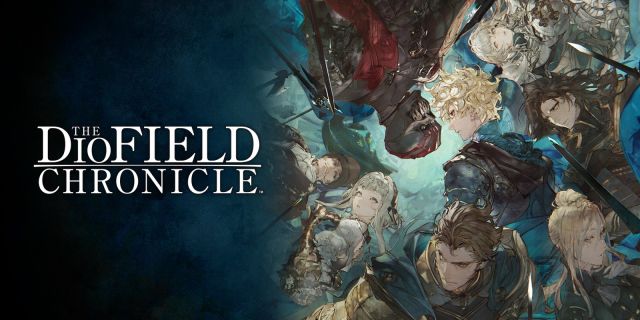 The DioField Chronicles is a strategy role-playing game that features a real-time battle system. The game is not tile-based in its movement, like Final Fantasy Tactics, but instead allows for more free directional movement like XCOM. Set on a fictional war-torn continent, where the Kingdom of Alletain sits in the close vicinity of a conflict between the Trovelt-Schoevian Empire and the Rowetale Alliance. When the Empire ends up defeating the Alliance, they turn their attention to Alletain. The game follows the mercenary group related to the Alletain called the 'Blue Foxes'. The four heads of the group are Andrias Rhondarson, a royal bodyguard who knows ancient sorcery, Fredret Lester, his childhood friend, Iscarion Colchester, an archer and former noble, and Waltaquin Redditch, a mage noblewoman. 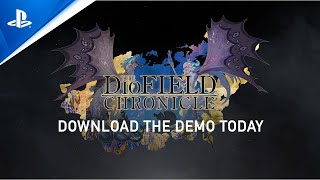 
Below is a collection of cheats and tips that will help you to progress in the game. These include why you should attack enemies from the back and how you can replay battles that didn't end well. As well as these cheats and tips, we also have a beginners guide here which goes into more details on some of the tips we have below:


It is essential that you complete the side-quests as the rewards for these additional activities can sometimes reward you with a new character joining your party. This character you unlock will come equipped with unique skills and abilities that you will find useful in combat as you progress through the game. Take a look at our How to Recruit Characters guide to find out what side-quests unlock these characters.


Early in the game you will reach the Elm Camp Headquarters, and it is here where you will come across the skill tree. To access the Skill Tree you need to head over to the Institute of the camp, or alternately open up your 'Pre-Mission' menu, and it is here where you will be able to upgrade the skills of your characters by investing your Skill Points. Skills can be upgraded various ways, you can increase its effectiveness, decrease its cooldown time, or make it use less EP (Energy Points).


Attack from the Back


Attack the enemy from the back whenever possible. The reason this is an effective tactic is that when you attack enemies from behind or ambush them you will deal them significantly greater damage compared to a frontal assault. Keep in mind that this works both ways, so you need to be careful you do not give your enemies the advantage.


In The DioField Chronicle you will not be able to move quickly enough to flee from enemies' skills. In order to combat them you will need to fight back with skills that stun or freeze your enemies so that you temporarily block their skills. Two such skills are Waltaquin's Frostbind which freezes the opponents and Izelair's Bind which stuns them briefly.


During the early stages of the game when you don't have much Guld it is important that you purchase equipment wisely as most of it won't be affordable. The best strategy when it comes to buying equipment is to purchase what covers up your character's weaknesses or aids in their strengths. For example, for attacking characters such as Andrias you should invest in powerful weapons to make their attacks more potent and characters like Fredret that have low defensive stats you should buy decent armor to protect them.


Take advantage of the Battle Log if a battle didn't go according to plan, and you would like to attempt it again. You can access the Battle Log by pressing ZR and R2 on your controller. Doing so will enable you to select a certain previous Checkpoint to rewind the time dimension and attempt the battle again with a better strategy.


During The DioField Chronicle you will have access to a number of summons that you can use at your disposal. These summons which require Magilumic Orbs enable you to call upon powerful mystical beasts for a short period of time to help battle enemies you are struggling to defeat. Summons are controlled by the TP Gauge which can be found in the bottom right corner of your screen.

There are 6 playable Summons in total and each of them has their own cost, some are 1 TP while others are more. The best Summons will depend on your playstyle and on the map you are on and if used correctly can instantly change the tide of a battle. Take a look at our Magilumic Orbs Guide to find out the location of each of the 5 Magilumic Orbs.

Take a look at our Beginner Tips and Tricks to get additional help in The DioField Chronicle.