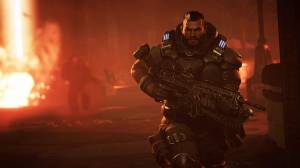 Gears Tactics Best Class Guide
Gears Tactics is a turn-based strategy game which has a class-based soldier structure that allows you to put together your own builds if you know what you are looking for. Check out our Best Class Builds Guide to get a devestating build in each of the Sniper, Support, Scout, Vanguard, and Heavy classes. 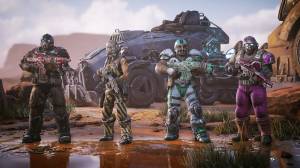 In Gears Tactics snipers are equipped with a Longshot rifle and can be specialised into long-range disruptive roles or insane damage output with high crits. The key to using the sniper is to keep them away from harms way and prevent them from getting flanked by melee-orientated enemies. Listed below are the four achetypes for the Sniper class.

• Marksman
Abilities that add damage and eliminate a few opponents in a row.

This class is your medic and they operate from the back healing and buffing allies with extra Action points. Although they don't inflict great damage they can be effective at dealing with enemies using their Lancer's Chainsaw ability. Their long-range overwatch combined with knockback mods can be used to interrupt and protect your allies. Listed below are the four achetypes for the Support class.

This class is all about stealth and are proficient at getting behind enemy lines to plant Frag grenade traps and up large groups of enemies. They can also be effective at close range using their shotgun to take enemiees. Their drawback with the Scout class is they are squishy and tend to rely on support. An escape route must be planed when a Scout gets close to the enemy. Listed below are the four achetypes for the Scout class.

This is your tank class and are designed for close-mid range combat using their Lancer Bayonet charge. The Vanguard class will charge into enemy ranks and then cause havoc with their abilities. Vanguards can debuff enemies up close with abilities such as Intimidate and Breach and they regenerate some health after every turn.

• Assault
Additional status effects that increase the damage but are dependent on health.

• Warden
Abilities in this path focus mainly on damage reduction and automatic recovery if a character is knocked down in combat.

This powerhouse class of soldier providing they remain stationary can devestate groups of enemies using the Mulcher gattling gun they wield. They are designed for close-mid range combat using their Lancer Bayonet charge. Each attack with the Heavy class grants it an 'Anchored' accuracy and damage bonus. The downside of the Heavy class is that they are situational, and are only really effective on mission types where you are able to remain stationary.

• Defender
Supporting abilities such as pinning an opponent down.

• Specialist
The ability to change positions and get additional Action points for defeating enemies in a row.


Check out Reset Tokens Guide to find out how you can change your investments in the skill trees of your characters if another route seems better in hindsight.

1795What Game Are You Currently Playing?

Top pages for this game
How do I get money on free parking
I canâ€™t do pvp on Bowmasters, any ..
Online pvp It's not unlocked on my A..
SEARCH FORUM TOP