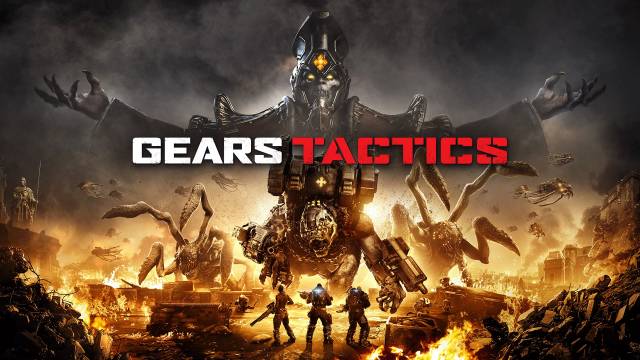 Gears Tactics Cheats & Tips
Gears Tactics is a turn-based starategy game that is a prequel to the first game that was released in the Gears of War franchise. In Gears Tactics you take the role of Sergeant Gabriel 'Gabe' Diaz who must recruit, develop and command a squad on a desperate mission to hunt down Ukkon, the evil leader of the Locust army. In most of the missions you will field a squad of four soldiers and in each round the characters in your team have three action points to spend on moving, shooting, using an ability and reloading. Your squad will be comprised of a combination of five distinct classes: Support, Vanguard, Heavy, Sniper and Scout, who bring a variety of skills and abilities to the battlefield. Check out our Gears Tactics cheats and tips to get some help in the game.


Below is a collection of hints and tips that will help you to progress in the game. These include using grenades and why you should spend time at the barracks between missions. As well as these hints and tips we also have a mini-guide here which goes into more details on some of the tips we have below:


In Gears Tactics if you line up your sightlines so two enemies are overlapping, one shot will penetrate and kill both enemies. This mechanic works with all guns but is most effective with a Scout's shotgun or a Heavy's 'Mulcher' minigun. To avoid this mechanic taking down your own squad members with friendly fire you need to make sure you know where they are placed at all times. Check out our Overwatch Guide to find out more about the best defensive tool in Gears Tactics.

Use a Scout as a Flanker


During heavily offensive missions the shotgun-wielding Scout class can play an important role by putting their cloak and sprint ability to good use and becoming your flanker while the rest of the team hold the frontline. A Scouts Proximity Mine ability can be used to close emergence holes the short range fire of their shotgun is more than capable of mopping up. If you decide to give a Scout this role you need to give them some decent armour and ensure they do not get cut off from the rest of the squad. Check out our Best Class Builds guide to get a devestating build in each of the Sniper, Support, Scout, Vanguard, and Heavy classes.


In Gears Tactics grenades are an infinite resource with just a timer to manage. Use grenades as often as you can to kill incoming enemies and destroy emergence holes when they appear by dropping a grenade into it. You can also take down a group of enemies who are about to spawn by dropping (don't throw) a gremade at the spot they are about to appear.


Whenever an ally goes down they will be in a vulnerable state and will need to be revived as soon as possible otherwise nearby enemies will finish them off. Reviving a downed ally as soon as you can not only gets your soldier back on their feet it also refunds any Action points they have not spent. Since most damage is dealt on your enemy's turn, this often means more Action points you get to spend. Remember though that characters that go down rejoin the battle with lower maximum HP, and if a character is downed too much, they will be killed outright.


Every character in Gears Tactics has access to a Second Wind ability when they go down. This ability can only be used once per mission and it will enable the downed character to pick themselves up. Don't be tempted to use this ability instead of having another character using an Action point to aid you. The Second Wind ability should only be used as a last resort when you are surrounded by enemies and can't be reached by an ally.

Spend Time in the Barracks


The barracks in Gears Tactics is where you to prepare and equip your squad accordingly between missions. This includes swapping out gear, spending Skill points, respecing your characters, opening cases you found on the battlefield, customisinge the appearance and names of your soldiers, and recruiting new characters before the next mission. At the barracks you will also be able to see the next missions you have available and any optional objectives they may have. Check out our Side Missions and Objectives guide to find out everything you need to know about them.

We hope these tips help you out in the game, but for further help, try our beginners guide, we also have some FAQs for Gears Tactics, you can also submit your own questions there for other players to answer.

Gears Tactics Questions & Answers
Our Latest Questions
What is Ironman Mode
What are the different difficulty levels in Gear..
Do you have to research new weapons or hire engi..
See All Questions
Have a question for Gears Tactics?