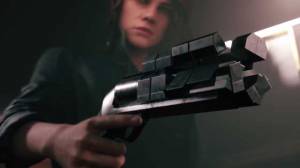 Service Weapon Forms Guide
The Service Weapon is an Object of Power belonging to the Federal Bureau of Control that is an Altered Item with the capability of causing Altered World Events.

· Grip:
· Shatter:
· Spin:
· Pierce:
· Charge:
Check out our Service Weapon Forms Guide to learn more about this shapeshifting weapon that can ssume a variety of different forms with different applications.Jesse Faden as the Director of the Federal Bureau of Control is the only person able to wield the Sevice Weapon. This weapon has a total of five forms, each of which changes the weapons performance for a different combat use. New Weapon Forms can be unlocked as you progress through the story by visiting a control point and selecting Astral Constructs. There you will be able to unlock the Weapon Form you desire for the Service Weapon providing you have the necessary resources which will be a combination of Source Energy and materials. Source Engery can be found by defeating the Hiss and deconstructing mods while the various materials required can be found by opening chests, completing Board Countermeasures, and killing the Hiss.

Each of the weapon forms will also appear in the Weapons Form Constructs menu and it is here where they are upgraded. Each upgrade for a Weapon Form will increase its stats and unlock a mod slot. You can unlock 2 additional mod slots for each Weapon Form which will enable you to add 3 mods in total. Ugrading the Forms is done the same way as unlocking new Weapon Forms, by obtaining the specifed amount of Source Energy and materials.

Listed below are the five Weapon Forms of the Service Weapon and their abilities. 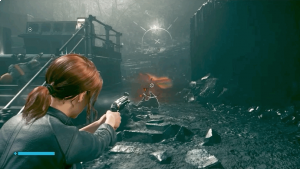 Mission it becomes available: Welcome to the Oldest House
This is the standard sidearm form, it acts like a semi-automatic pistol. It has high accuracy and deals decent single-shot damage. Grip opens up mod slots faster than the other forms, letting you tailor it to your needs. 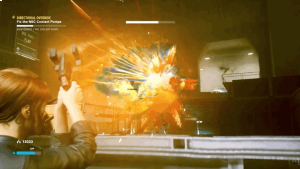 Mission it becomes available: Directorial Override
This form resembles a shotgun, it has a wide blast radius but shorter range. Shatter deals massive damage at close range. Upgrades allow you to tighten the radius for slightly longer ranges. 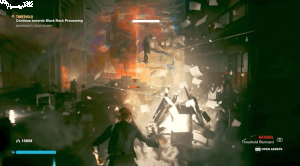 Mission it becomes available: Directorial Override (end)
This is a rapid-fire form with lower accuracy but a higher rate of fire. It is the only fully-automatic form and is particularly good at taking down enemies quickly at close range if you can stay on target. 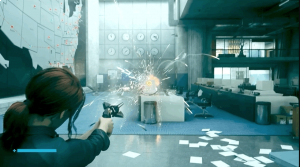 Mission it becomes available: Old Boys' Club
This is a highly powerful single-shot form that can destroy the environment of the Oldest House, allowing for it to damage enemies behind cover. Built for longer ranges it deals massive damage but consumes a large chunk of ammo with each shot. Mods allow you to gain a zoom effect when aiming down sights. 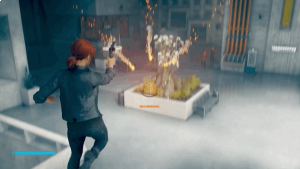 Mission it becomes available: My Brother's Keeper
This is a form that charges up shots and acts like a rocket launcher. Starting with three shots, it fires slower projectiles that implode on impact and deal Area of Effect damage. Although the damage isn't enormous it is enough to stagger groups of weaker enemies.

Check out our How to Fast Travel guide to find out everything you need to know about getting to different locations in Control quickly and easily.


Next Page
How to Unlock TelekinesisPrevious Page
What are Jessie Faden's Abilities
Top of
Guide
Guide Menu
▼ CommentsVerdict:
Very Helpful OK Not Useful
Anything missing from this guide?
ASK A QUESTION for Control