Cheats, Tips and Questions for Control

Control is a mind-bending adventure game where you play the role of Jesse Fadden, the new director of the Federal Bureau of Control (FBC), a secret U.S. government agency tasked containing and studying phenomena which violate the laws of reality. When Jesse investigates what has been going on in the FBC's paranormal New York headquarters she discovers supernatural things are preventing her from venturing further. Check out our Control cheats and tips to find out how Jesse can find this antagonist called The Hiss and defeat it.


Below is a collection of hints and tips that will help you to progress in the game. These include finding Objects of Power and how to easily solve the puzzles As well as these hints and tips we also have a mini-guide here which goes into more details on some of the tips we have below:


Scattered throughout Control you will find items called Objects of Power, these are normal household objects that are connected to the Astral Plane and possess paranormal abilities. Finding these objects will grant Jesse telekinetic abilities that will make getting through the game easier. These objects include the Service Weapon, Floppy Disk, Slide Projector, Hotline, Benicoff TV, X-Ray Light Box and Merry-Go-Round horse.


At the start of Control you will find the Service Weapon which is also a Object of Power that is able to take on different forms. It begins as a revolver but by using resorces and special control points that are scattered throughout the game you can create additional forms such as a shotgun or machine gun. Jesse is able to equip two of these at once and they can be swapped with the press of a button which will also pause the game as you make the change. Once you have the different Service Weapon types make sure you swap between them accordingly. Check out our Service Weapon Forms Guide to find out moure about this shapeshifting weapon that can assume a variety of different forms with different applications.


When The Hiss are killed they will each drop several blue shards on the gound which Jesse can pick up either during fights or afterward to heal herself. You will find yourself low on health a lot during the game and will have no option but to dash out of cover to collect as many of these as you can to replenish your health. Control is geared towards aggressive playing as the more enemies you kill the more healing opportunities you will create.


Near the beginning of the game you will unlock the Launch ability which it the most powerful attack Jesse has at her disposal. The Launch ability enables you to pick up objects or pieces of rubble and throw them at enemies using Jesse's telekinesis. Take advantage of the Launch ability to decimate enemy shields and damage larger Hiss monsters. Remember though that you only have a limited amount of rechargeable energy for telekinesis so you need to ensure you don't waste it. Check out our How to Unlock Telekinesis page to find out how you unlock this supernatural ability for Jesse.

In Control The Oldest House is a building that often changes forms so it is important that you don't take your immediate surroundings for granted because they are liable to change. This basically means before you start running or backpeddling during a fight you need to ensure you are not heading towards something dangerous like a ledge which you can fall off to your death.

In Control you will be doing a lot of exploration which will inevitably involve backtracking to solve problems, this can lead to situations where you loose track of where you are and get lost. When this happens press the directional pad on your controller to bring up the map on screen which you will be able to view while you continue walking. Darker and lighter areas denote whether one room is above or below another and the elevator symbols often indicate the only way you can reach your goal. Passages blocked by doors with red energy can be opened by looking around for nearby red blocks and destroying them

More often than not the solutions to the various puzzles found in Control are hidden in plain sight. The answers you are looking for tend to be in the area you are in and by looking nearby for sticky notes or drawings that can hint at the puzzles' solutions. Check out our Mission Collectibles Guide to find the location of the collectibles in each of the missioins.

We hope these tips help you out in the game, but for further help, try our beginners guide, we also have some FAQs for Control, you can also submit your own questions there for other players to answer. 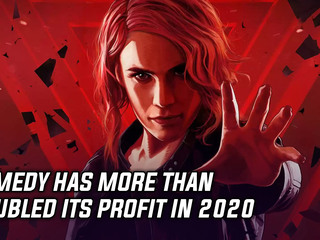 Remedy had record financial year despite not releasing a new game

Control developer Remedy has announced that they more than doubled their operating profit in 2020. This helped the studio achieve a record financial year despite not re.. Read More

Control Questions & Answers
Our Latest Questions
What rewards do you get for completing Bureau al..
What are Bureau alerts?
How do you identify things you can interact with..
See All Questions
Have a question for Control?
Videos