Cheats, Tips and Questions for Sifu

Sifu is an action beat'em up game played from a third-person perspective. Set in a fictional city in present-day China, you play the role of a young kung fu student on a path of revenge, hunting for the murderers of your family. One against all, you have no allies and countless enemies and will have to rely on your unique mastery of kung fu to prevail and preserve your family's legacy. Sifu is available on PlayStation 4, PlayStation 5, and PC. Take a look at our tips to get help in the game 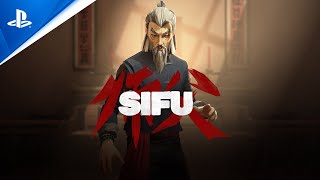 
Below is a collection of hints and tips that will help you to progress in the game. These include why you need to replay levels and why you should save your Focus meter. As well as these hints and tips, we also have a beginners guide here which goes into more details on some of the tips we have below:


Avoid rather than Dodge Attacks


Although you can Dodge oncoming attacks, it is far more beneficial if you use the Avoid move. The Dodge has its uses, but can leave you momentarily vulnerable. The Avoid move is performed by holding down the left bumper on your controller so that you can into the Avoid stance, then by flicking the thumbstick at the right time you will be able to completely avoid the enemy's attack. Timing is everything, it is important that you don't hold the direction down when performing this move, you just need to flick the thumbstick.


Don't hoard the XP you earn, make sure you spend it unlocking Sifu Skills on the courtyard tree in your headquarters, at the jade shrines, or in the death screen whenever possible. It is far better to choose permanent skills and keep pumping points into it rather than starting over and losing it. The XP you earn can also be used to buff your weapon damage, or take your death counter back to zero. Resetting the death counter is expensive at 1,000 XP so be sure it's worth the cost rather than starting the level over. Keep in mind that even if you reset your death counter your pendant that resurrects you still sustains damage over time. Take a look at our Sifu Skills Guide to find out about the different abilities that you can equip your character with by earning XP.


It is crucial in order to beat the game that you try to finish levels as young as possible. The way in which you do this is by going back and restarting stages with your new, permanently unlocked Sifu Skills and XP. Try and complete the first stage in your 20s, and stay under 30 before stage three. Keep in mind that replaying levels will reset your character's build, the Sifu Skills and upgrades you acquired will change to match whatever their build was at the start of your youngest successful attempt at clearing a level.


A takedown in Sifu is one of the most powerful moves you can perform, and you will be able to do them when you break down an enemy's Structure. Keep in mind that they can be risky as there are some enemies that become stronger and more aggressive when taken down. To avoid this happening simply avoid using takedowns on your enemy and keep attacking them until their health completely depletes. Although this is slower it prevents giving yourself a tougher foe to fight.

Save your Focus Meter


When you block attacks and fight back against the enemies you will build up your Focus meter which can then be used for special attacks on enemies. Not only will the enemy be unable to block this special attack it will also put them in a vulnerable state that will enable to deal massive damage with a powerful follow-up attack. Try not to waste these special attacks on random enemies that can be easily taken down with a few hits, save them for the boss battles.

Take a look at our Beginners Tips and Tricks to get additional help in Sifu.

Latest updates to our guide:
Beginner Tips and Tricks
Sifu Skills Guide
Detective Board Guide
How to Unlock the True Ending
Walkthrough / Guide

Sifu Questions & Answers
Our Latest Questions
What is Photo mode?
What things can you grab and use as weapons?
How do you open the Fire Chest in the Club level..
See All Questions
Have a question for Sifu?