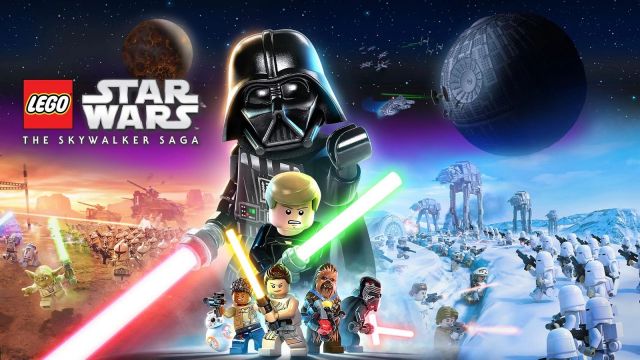 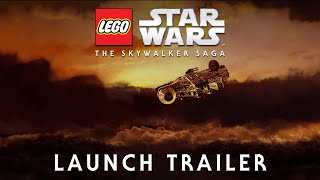 
Below is a collection of hints and tips that will help you to progress in the game. These include why it is important to always use the map and why you will need to reply the game multiple times:


It is essential in LEGO Star Wars: The Skywalker Saga that you use the map to see the whereabouts of the Kyber Blocks or Minikits. The quickest way to access the map is to press down on the d-pad to be taken directly to the map of the area you are in, doing this will mean you will not have to sift through the options menus to access it. At the map you will be able to see if the area you are in requires platforming, the use of a specific character, or some kind of puzzle-solving.


LEGO Star Wars: The Skywalker Saga rewards exploring. There are hidden goodies tucked away into every corner of every map so make sure you are always looking around and don't be afraid to break away from the main quests in order to do so. Talking to the characters you encounter will always help lead you to something of value and every room you enter will be filled with LEGO block structures you can destroy to accumulate studs for upgrades and characters.


Make sure that you destroy every LEGO block structure you see on all the missions as there are several Kyber Blocks in each level that can only be obtained by having enough LEGO studs to acquire the True Jedi ranking. To ensure you have accumulated enough studs you need to break everything you see, getting enough studs is crucial in LEGO Star Wars: The Skywalker Saga as they are necessary for everything from upgrading your characters to purchasing new ones. Take a look at our How to Earn Studs Fast guide to find out how you can easily farm the currency of LEGO Star Wars: The Skywalker Saga.


When your character dies in LEGO Star Wars: The Skywalker Saga the bricks that they have collected will fly everywhere. The game does however give you a chance to recollect them before they start to disappear but in order to do so you need to be quick. If you find this frequently happening you may need to upgrade your vitality to strengthen your character. Keep in mind there is an option to disable losing studs due to falling which you can enable by going to the 'Options' menu and selecting 'Fall Assist'.

Pay Attention to the Combo Meter


Even though combat in LEGO Star Wars: The Skywalker Saga is pretty simple, you should still pay attention to the combo meter as this is a way of getting additional studs. Basically, every hit builds your combo meter and when it is full you will be rewarded with studs. If however, too much time passes between hits the combo meter will reset. This means the way to prevent the combo meter from resetting is to know where the next enemy to hit is going to be before dispatching the current enemy you are fighting. The combo meter does not reset if you are hit.


In LEGO Star Wars: The Skywalker Saga there are several things that you will not be able to obtain on your first playthrough. In order to access these things you will need to replay these missions in the Freeplay mode with different character types. Returning to previously completed missions is simple, so there is no need to worry about missing anything. You will not be able to do everything at once in this game, the best approach is to pursue one set of goals and ignore others, then come back and complete what you missed. Replaying stages is never not profitable, you will always be able to get studs.


Where to Find Kyber Bricks


The best place to look for Kyber Bricks is any major city area as they will all give you plenty of opportunities to acquire them. The more types of characters you have the easier it will be for you to obtain these bricks. Another place that will allow you to grab a quick supply of Kyber Bricks is in the space sections which open up as you work through the nine campaigns. Nearly all of them will have a Kyber asteroid which if you destroy will give you five Kyber Bricks.

How to Spend Kyber Bricks


Kyber Bricks in LEGO Star Wars: The Skywalker Saga are a currency - not just a collectable, and you need to acquire them to make the most of the skill tree. During the early part of the game when you don't have many Kyber Bricks it is more beneficial to invest them on making any challenges you are struggling on easier. It is also recommended that you spend the Kyber Bricks on unlocking skills that will increase the amount of studs you gain as this will make getting the True Jedi achievement easier to obtain.


Most of the characters and ships in LEGO Star Wars: The Skywalker Saga will be locked When you start the game, and to acquire them you will need to complete story missions. There are though some codes that exist that you can enter into the game to get some characters and ships straight away without having to spend studs on unlocking them.

In order to enter the codes above to unlock the corresponding character or ship you must do the following:

1. Press 'up' on your d-pad to open the Holoprojector.

3. Click on the 'Enter Code' option and input a code. This must be done one at a time.

Alternatively, you can also open the 'Pause' menu and select the key icon labeled 'Enter Code'. Take a look at our Unlock Character Guide to find out how you unlock the characters in LEGO Star Wars: The Skywalker Saga.


There are several cheats you can add to LEGO Star Wars: The Skywalker Saga at the 'Extras' menu if you are prepared to part with the required number of studs. The Mumble Mode cheat is free to turn on/off whenever you please. The cheats you have to pay studs to unlock are as follows:

Porg Companion:
You will be joined in battle by a helpful Porg (costs 500,000 studs)

Most of the cheats listed above will also require you to part with a Datacard, which are collectable items in the game that are hidden in some top-secret locations dotted around the galaxy.

Latest updates to our guide:
How to Change Characters
How to Save
How to Unlock Capital Ships
How to Earn Studs Fast
Walkthrough / Guide

Join us on Discord
Are you an expert in this game? Can you help LEGO Star Wars: The Skywalker Saga players?
Reviews
No reviews listed yet.