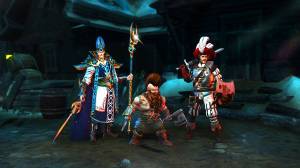 Best Character in Warhammer: Chaosbane
There are currently four characters that you can choose from in Warhammer: Chaosbane. These are the Imperial Soldier, High-Elf Mage, Slayer, and Wood Elf Scout. Each of these character classes is unique with their own skill tree and they each require a different play stlye. Each Class has a set of skills that can be upgraded from Tier 1 to Tier 3. These skills consist of Active Skills and Passive Skills. Once you have selected a class you will be able to tinker with that characters skills, abilities, and equipment to best suit your play style. The following best character in Warhammer: Chaosbane guide will help you to decide which of the four classes you should invest your Skill Points in.

'Konrad Vollen, the Scarred, is a veteran of the mighty armies of the Empire and has known only war. Cynical and contemptuous, he is unrivaled in the art of combat'

This Imperial Soldier specialises in counter-attacks and defense maneuvers. He uses his shield and military strategies to turn his enemies' power against them. The more his attackers try to overwhelm him, the more effective he becomes.

'The High-Elf Prince Elontir was exiled from Ulthuan and now travels the Old World in search of redemption. Proud and arrogant, he has become a master in the magical arts'

This mage specialises in magic and fire damage and is able to generate AOE damage from afar. He is also able to combine his powerful spells to control his opponents, thus devastating their ranks with ease.

'A Slayer lives - and dies - for glory and redemption. Honourable and fiierce, Bragi Axebiter never shies away from a fight with the most dangerous enemies he encounters'

This powerful berserking warrior is capable of inflicting Bleeding damage in powerful AOE attacks. The longer the battle, the fiercer his rage, which fuels the strength of his blows.

'Elessa is a young Wood Elf from Athel Loren but now roams the Old World in search of adventure. Fiery and fearless, she hunts her enemies in the shadows like a vengeful spirit'

This Wood Elf specialises in physical and poison damage, as well as summoning natural allies and laying traps. She is a ruthless archer who prefers cunning over brutality. 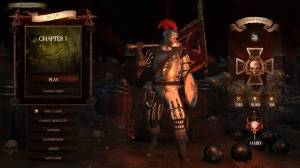 The Best Character in Warhammer: Chaosbane
If you are new to the game it is advised that you begin with the Imperial Soldier class. This is the easiest class to start the game with and he comes equipped with a shield and sword. The Imperial Soldier class is without doubt the best all-rounder of the four classes featuring both a decent attack and a good defense. The Slayer class is basically a tank as he is able to absorb a lot of damage and the High-Elf is the class you should select if you prefer to deal damage from a distance. The Wood Elf is the fastest and most agile character on offer.

Check out our Fragment Guide to see how you can improve the skills of the character you choose.

Anything missing from this guide?
ASK A QUESTION for Warhammer: Chaosbane