Stranger of Paradise: Final Fantasy Origin is an action role-playing game that celebrates the 35th anniversary of the Final Fantasy series. The game is an alternate universe prequel of the original Final Fantasy and follows a party of characters brought into a dark fantasy world to face the malevolent Chaos. You take the role of protagonist Jack Garland who is consumed by a need to destroy Chaos. Stranger of Paradise: Final Fantasy Origin is available on PlayStation 4, PlayStation 5, Xbox One, Xbox Series X, and PC. Take a look at our tips to get help in the game. 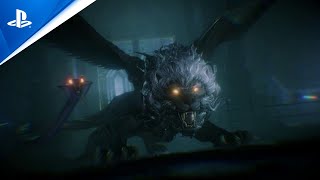 
Below is a collection of hints and tips that will help you to progress in the game. These include why you should frequently swap between Jobs during combat and why you should collect all the weapons and armor you come across. As well as these hints and tips, we also have a beginners guide here which goes into more details on some of the tips we have below:


It is important that you change Jobs on the fly during combat in order to not only handle the multiple types of threats that you encounter but to also increase the stats of the gear you equip your character. Make sure you swap Jobs frequently to level them up and unlock new Jobs which more often than not will be more powerful than your prior Job. Take a look at our Job Tier List to see what the best Jobs are in Stranger of Paradise: Final Fantasy Origin.


The Soul Shield is a tool you have at your disposal that blocks attacks and reduces the enemy's break gauge. Although the game encourages you to use it frequently it is important to remember that doing so will rapidly use your MP and can temporarily result in you having no way of using special or stronger attacks if it is totally depleted. Early on it is more beneficial to use a regular block or avoid the attack altogether by changing your position, so you are out of range. Make sure that if you do use the Soul Shield you time your blocks well to avoid wasting MP.


Make sure as you work your way though the different missions in Stranger in Paradise: Final Fantasy Origin you collect all the weapons and armor you come across. Even if you don't want the item or have no intention of using it will still be worth something. After the mission you can empty some of the items you collected into storage or dismantle them into valuable pieces that can be used for upgrades.


Each of the missions in Stranger of Paradise: Final Fantasy Origin has a Cactuar, this recurring enemy that is a small cactus in human form within the Final Fantasy franchise will randomly appear in a side room or other out-of-the-way area. Cactuar grant a considerable amount of EXP towards your current Jobs so make sure if you encounter one you defeat it before it can escape. Take a look at our How to Defeat Cactuar guide to find out how to beat this dangerous enemy easily.


Like the Cactuar, the Tonberry is a recurring enemy in the Final Fantasy franchise that can be found on each mission of Stranger of Paradise: Final Fantasy Origin. When you defeat a Tonberry they will drop rare or high-level gear, or both. This enemy is much more dangerous than the Cactuar, it has high HP with several one-hit moves which they can use frequently. They also have a break meter that depletes slower than other enemies which makes them difficult to kill. The easiest way in which to kill Tonberry is to switch to the Mage class and attack from a distance using Aeroga which stops Tonberry from attacking for several seconds.

Play 'Azure Memories: The Stymied on Chaos Difficulty. Mission level 170 to start with. Keep working your way up to the LvL 300 mission level.

When in mission, stay to right of this 1st room, and run straight to 2nd room. In 2nd room, stay to right side again, run through it. Now you will be at a fork in directions to go. Turn hard left, run straight to treasure chest on right, past the 2 goblins. Grab Boss Room key from it, turn around, run literally straight all the way to end, then it naturally curves to left, so keep going. Make sure to stay on left side all the way to the big boss door. No need to attack anything ever, just run this quick route to Boss Door.

Once inside Boss room with the Marlboro, use the 2 pillars on left side, mountain-side, as shields for you, and hide behind them, as you hit Left and also Right on D-pad, every 45 seconds, to have your teammates kill every Marlboro Boss. Grab Marlboro loot drops, at each mission win. Optimize your equipped gears. Start again with higher mission level difficulty, until level 300 mission. You will never have to attack any monsters in any mission level, not even the Marlboro Boss. Unless you want to. Lol.

Best to have your teammates equip long-range weapons (I.e. - Spears, Axes, etc., for the Marlboro).

This mission gives plenty of Anima Crystals, to advance it's mission level, 1 at a time. Enjoy easiest level 170 to level 300 gears, without ever attacking once.

Once you have level 300 equips from completing this... Should be easier to take on the rest of the Chaos difficulty of this game.

- Swiftrowley1
1. Get Paladin Affinity at/over 400%, for 'Purifying Light'. Immunity to all status ailments.

2. Get a 'Sun Blade' Sword and imbue 'Holy' damage into it. Upgrade it to max holy damage possible.

4. Helps if you have 'War Cry' (Warrior) to stay healed more, or Blessing of Light (Knight).

These are just a few Tips/Tricks. Please do find more for this Boss. Most players can not even begin to touch this Boss. These tips will help. Happy Hunting, All.

-Swiftrowley1
To get lots of Crests for Any job...

2. Put Both of your active/current jobs as the same job,
If desired. (At least 1 job as the job you want crests for).

3. Play Ebon Memories: The Warrior, over and over.

4. Put on and use: Blood Weapon, and maybe even Lunatic command abilities.

5. Keep blood Weapon ability ON you at all times, and rack up the crest drops, without fear of ever dying. Enjoy lots of Crests, easy.