You may also want to take a look at the large collection of Pokemon Ruby cheats we have on SuperCheats which have been gathered since the game's release in 2002. As Pokemon Mega Light Platinum is a a ROM hack of Pokemon Ruby you will find some of the information you find there useful. You will also find plenty of feed back from users who will be more than happy to answer any questions you have or give you advice on any problems you may have regarding the game.

Thank you for visiting our collection of information for Pokemon Mega Light Platinum. Please check below for game help and ask your questions for this game. And you can help others by answering questions or adding your cheats and tips. 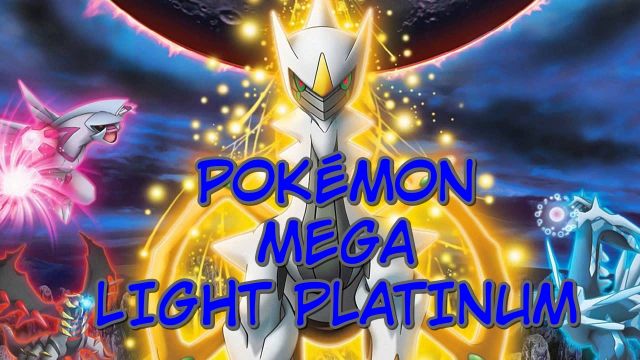 Best Pokemon Mega Light Platinum Cheats On SuperCheats
The one thing you want to avoid doing when entering the Game Shark codes on this page is entering too many, as doing so will risk screwing up the game. It is therefore recommended that you only input the most beneficial ones, listed below are the codes on SuperCheats you should give priority to as we feel they are the most beneficial ones for Pokemon Mega Light Platinum.

1) Unlimited Money
This is a great code to enter as it means not having to worry about having enough money when you visit the Poke Mart to buy things like Healing items.

2) Unlimited Master Balls
You can't go wrong with this code. Master Balls guarantee 100% capture rate, so having an endless supply of them will make catching the Pokemon a lot easier.

3) Unlimited TM and HM
TM's and HM's are items that are used to teach a Pokemon a move, having an unlimited supply of them will enable you to teach your Pokemon plenty of moves, giving you more options in battle.

4) Unlimited Healing Items and Boosters
It is inevitable that during battles your Pokemon will take damage, having unlimited Healing items and boosters at your disposal will ensure that your Pokemon's Status Effects, HP, or PP can be easily recovered.

5) Unlimited Mega Stone
Entering this Game Shark code will enable you to withdraw an unlimited amount of Mega Stone from the Item PC which can then be used to Mega Evolve your Pokemon. Mega Evolution will not only change your Pokemon's appearance, it will also change their types, Ability and stats.

Pokemon Mega Light Platinum Cheats You Should Avoid
Below are three codes you should avoid inputting, as they have been known to cause problems.

1) Wild Pokemon Modifier
This Pokemon Mega Light Platinum Game Shark code is unreliable. Although in most cases you won't experience a problem there have been reports that some of these Game Shark codes will cause bugs or giving you a different Pokemon. We therefore feel it is not worth the risk and advise you to steer clear.

3) Unlock All Items Cheat
This is another cheat we have not listed, as it creates the same problem as the Unlock All Poke Ball Cheat. There are a lot of items in the game that you do not need, and unlocking them all will fill up your inventory. It is much better to input the Unlimited Money (Game Shark) cheat and just purchase what you need at the Poke Mart.

The Master Ball gives you a 100% capture rate when used to catch a Pokemon. This is without doubt the best cheat you can use in Pokemon Mega Light Platinum as it will make capturing the Pokemon a lot easier. You can input the Game Shark code at any Poke Mart and then go to the nearest Item PC where you will be able to withdraw an unlimited amount of Master Balls.

91B85743 27069397
Inputting the following Game Shark codes will enable you to get the Wild Pokemon you want. A Wild Pokemon is a Pokemon that is not currently owned by a Pokemon Trainer. These Pokemon Mega Light Platinum codes are known to be hit and miss due to the fact that the game is a ROM hack. Although a lot of these codes will work without any problems there have been reports that some of them cause bugs or will give you a different Pokemon.
Pokemon Codes

005 - CHARMELEON
3..
Entering the following Game Shark code will enable you to head to the nearest PC and withdraw an unlimited amount of Rare Candies. When a Rare Candy is used from the Bag on a Pokemon, it increases that Pokemon's level by one, up to level 100.

BFF956FA 2F9EC50D
A badge is an item to show that a trainer has defeated a Gym Leader. Trainers need to collect all the badges from a region to be able to challenge at that region's Pokemon League. Input the Game Shark code below to get all the badges without having to defeat any of the Gym Leaders.

A12FCE77 0C1EC556
Entering the Game Shark code below will enable you to withdraw an unlimited amount of Mega Stone from the Item PC. Mega Stone is a type of Held item that was introduced in Pokemon X and Y that allows specific Pokemon to Mega Evolve.

82025BD0 005E
The following Game Shark codes will enable you to fight a Pokemon at the level you entered. Input the Master Code first, followed by the specific Level Code separately. When you now find a Wild Pokemon you will fight that Pokemon with the level that you used.

Level 10
4C..
This is great Game Shark code to input as it will give you an unlimited amount of money, which you will find very useful when you want to purchase something at the Poke Mart.

E51E97C3 7858E4EB
Enter the following Game Shark codes to be able to walk through walls. It is important to remember that there are some places within the game where you can't walk through walls, so you need to try and avoid getting stuck when traversing those areas.

E03B0649 5D67050C
78DA95DF 44018CB4
A Healing Item is an item that will heal a Pokemon's Status Effects, HP, or PP. Most of these items can be bought at Poke Marts. Input the Game Shark code below of the specific item that you want, and then go to any Item PC to withdraw an unlimited amount of them.

Palkia: 017D
A TM (Technical Machine) is an item that can be used to teach a Pokemon a move. A HM (Hidden Machine) is an item that, like a TM, is used to teach a Pokemon a move. HMs can be used an unlimited number of times and cannot be disposed of. Input the Game Shark code of the TM or HM that you want and then go to any Item PC where you will be able to withdraw an unlimited amount of TM or HM.

3B0C8C5E
96FB832D
Once you have input the following Game Shark code you will be able to go to the nearest PC and withdraw an unlimited amount of Rare Candies. A PC is an item that is essential to a Trainer for catching Pokemon. PCs can be crafted, found in some Pokemon Centers, or obtained as a drop from certain Pokemon.

280EA266 88A62E5C
Listed below are the Pokemon that you can Mega Evolve in Pokemon Mega Light Platinum when you use a Mega Stone. Mega Evolution does more than just change a Pokemon's appearance, it also changes their types, Ability and stats. Input the Master Code first and then enter the specific Pokemon code separately. Once the Game Shark code has been entered, you must fight a Wild Pokemon to encounter it.

Gyrados
83..
Input the Game Shark code of the TM or HM that you want. Once you have entered it, you will be able to go to any Item PC and withdraw an unlimited amount of TM. A PC is an item used by a Trainer to catch Pokemon, they can be crafted, found in some Pokemon Centers, or obtained as a drop from certain Pokemon.

TM10 (Hidden Power)
1..
The Game Shark codes below will enable you to choose the Gender of the Wild Pokemon that you want. Once the code has been entered, you simply have to go and fight a Wild Pokemon and catch it, and it will be the Gender you entered. Input the Master Code first and then input the gender code that you want to encounter. Ignore the warning telling you that the Master Code is not compatible because it will work.

Join us on Discord
Are you an expert in this game? Can you help Pokemon Mega Light Platinum players?
Reviews
No reviews listed yet.